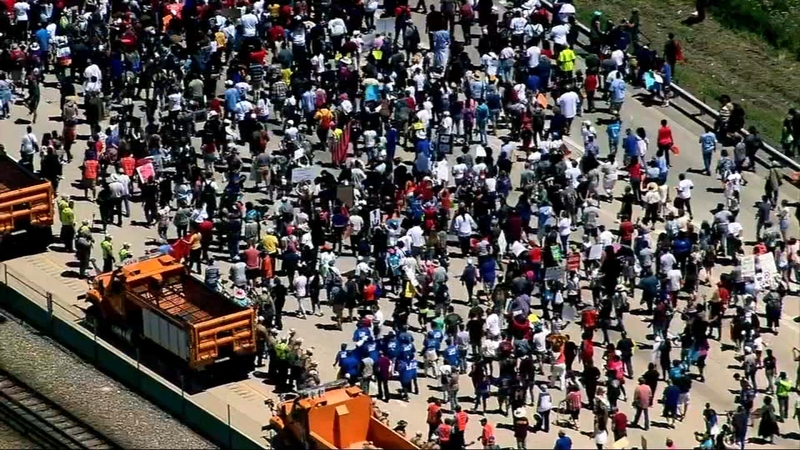 CHICAGO (WLS) -- A group is planning to shut down part of Lake Shore Drive on Chicago's North Side for an anti-violence protest next week.

The demonstration is scheduled for 4 p.m., Thursday, Aug. 2, which will be as fans are headed to the Cubs-Padres games.

Protesters plan to march on Lake Shore Drive near Belmont Avenue in Chicago's Lakeview neighborhood before heading to Wrigley Field, where the Cubs will be playing the San Diego Padres at 7:05 p.m.

Earlier this month, a different group organized an anti-violence protest that shut down part of the Dan Ryan Expressway on the South Side for nearly two hours.

Mayor Rahm Emanuel said at a press conference Wednesday that he hoped organizers of the North Side march would follow the Dan Ryan Expressway protest organizers' lead in coordinating with officials to ensure marchers' safety.

Organizers of the new protest said they began planning this march after the fatal police-involved shooting of Harith Augustus, a local barber in the South Shore neighborhood. Organizers selected this route in order to raise awareness on the city's North Side.