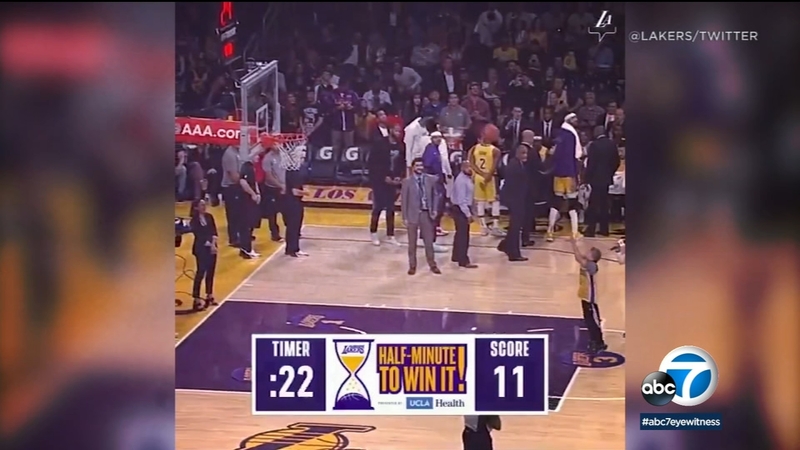 LOS ANGELES -- A 10-year-old boy is being dubbed an unofficial Lakers star after he successfully made several baskets during halftime event at Staples Center.

Maxx Dennis was selected to make shots from different areas of the Lakers home court Tuesday night. He did not disappoint or miss. The kid continued to sink shot after shot, including drilling two NBA-length 3-pointers.

"I was like, I can't believe I made that shot. And then I just kept shooting and I was like I'm making all my shots!," he said.

In a span of just 30 seconds, an uproarious cheer mounted from the crowd.

"To hear 20,000 people scream for your son and to see... it's like an out-of-body experience. It's amazing," said Maxx's mother, Netanya Dennis.

The unexpectedly stellar performance landed him with a free week at Lakers Camp. But it wasn't just beginner's luck. It took practice, and a lot of it. Maxx says he has been practicing since the first grade.

"He practices in the morning before school, in the afternoon when he gets home, he's always out front shooting baskets. He just eats and breathes basketball," Netanya said.