Rescue dogs killed in possible arson on North Side 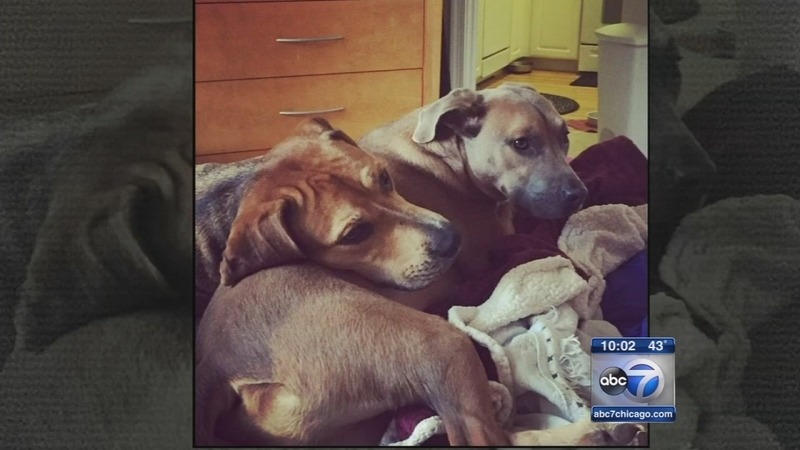 CHICAGO (WLS) -- A Chicago couple is devastated by the loss of their pets in a North Side fire that may have been the work of an arsonist.

The couple lived with their two dogs in a three-flat in the 1900-block of W. Diversey that was gutted by a fire earlier this week. Police are investigating whether the fire is connected to other recent arsons in the area.

Dutch and Reese were the best of friends, and they meant more than friends to the man and woman who owned them.

"They meant everything to us," said Nate Busman.

Nate Busman moved from Washington D.C. to Chicago two weeks ago, following Ashley Byer, his fiance who has lived here for a month. All was well until Tuesday, when they returned home and saw their building on fire.

"Dutch was still breathing, and I held him. We took him to the clinic," Byer said.

Despite the best effort, the dogs they once saved from a shelter had died.

"I wish I had been home, even if we would have gotten injured, to save their lives. I would have done anything," Byer said.

"We just want to make sure this doesn't happen again," Busman said.

Police are investigating at least a dozen fires during the last month believed to be arson.

Though the death of their pets has crushed them, people have reached out.

"People of Chicago have been amazing," Busman said.

Byer's father is offering a $5,000 reward for information that leads to an arrest and conviction of the possible arsonist.