AT&T could stop offering landlines in parts of Illinois 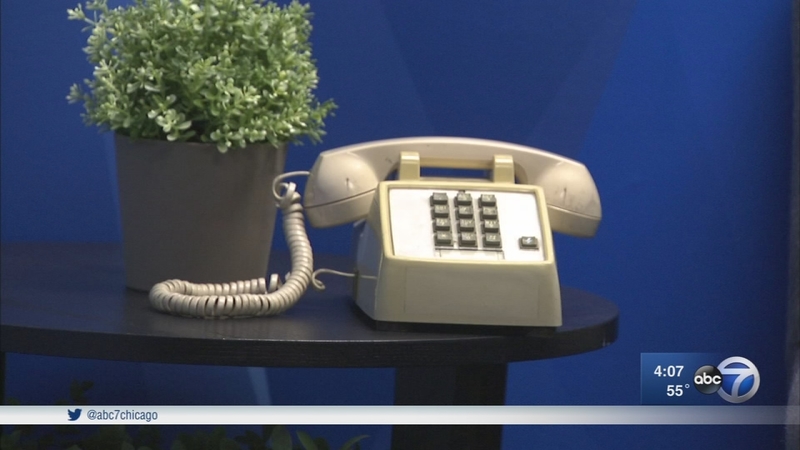 Phone co. could stop offering landlines in parts of Illinois

CHICAGO (WLS) -- A war is being waged on your landline phone service.

It's a story the I-Team has been following for the last two years. And it could all be coming to a head in July, putting more than one million landlines in Illinois at risk.

And local watchdog groups are launching a campaign to make sure you know before it happens.

They're sounding the S.O.S. - Save Our Service, urging the Illinois General Assembly to not let AT&T hang up on landline customers.

"This legislation will abolish state requirement that AT&T service landline customers. That would open the door to end traditional home phone service once the FCC give final approval," said Jim Chilsen, Citizens Utility Board.

The state's Telecommunication Act expires July 1 and is now up for review. And phone giant AT&T is pushing for a new bill that they say brings Illinois into the modern era of communications.

Nineteen of 21 states in AT&T territory have adopted the new technology, which allows AT&T to move away from investing in and maintaining traditional landlines.

Not so fast, says one group, including the Citizens Utility Board, Illinois Public Interest Research Group and AARP.

"Phone companies will no longer have to offer the inexpensive service to seniors, low-income people," said Ruby Haughton-Pitts, AARP Illinois. "Another reason our 1.7 million AARP members will be watching."

"I'm not against cell phones or technology," she said. "But until we can guarantee... we're not at that point... until that happens, I want my landline."

If the legislation passes, it would apply to the most populous areas in Illinois, which includes all of our ABC7 viewing area and many towns downstate.

The watchdog groups say by then you won't have a choice even if you want to keep your landline. But AT&T promises you will have other options.