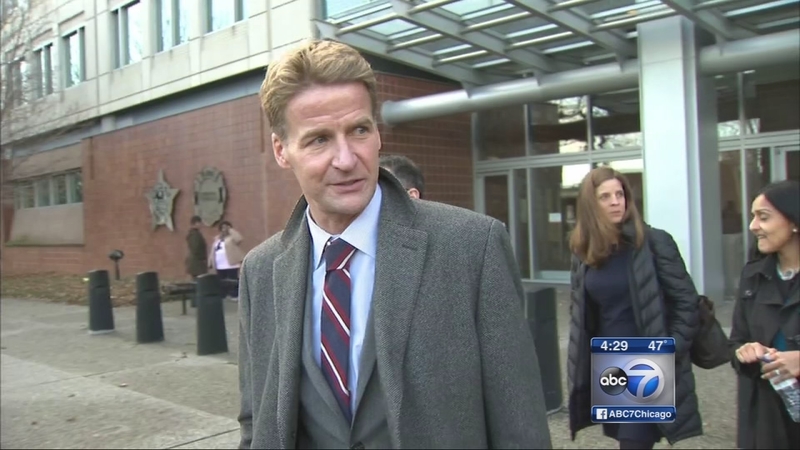 CHICAGO (WLS) -- The U.S. Department of Justice began its civil rights investigation into the use of force by the Chicago Police Department on Wednesday.

Mayor Rahm Emanuel initially resisted calls for the probe, saying such an investigation would be misguided. But he has since changed course and said he now welcomes federal involvement. Emanuel said that the Department of Justice could be a fresh set of eyes to help make comprehensive changes that are long overdue.

"We welcome them. They're here, we're gonna fully cooperate everybody and it is in our self-interest as a city that they're here," Mayor Rahm Emanuel said.

U.S. Attorney Zach Fardon was on hand as the civil rights investigation of the Chicago Police Department officially got underway. The Department of Justice launched the probe into the use of force by the police department following the release of video showing the shooting death of Laquan McDonald.

The city has been on edge since the video was made public, with protesters calling for the resignations of Emanuel and Cook County State's Attorney Anita Alvarez.

While Emanuel was at an event at Urban Prep Academy on Wednesday, students started chanting "16 shots" - the number of times McDonald was shot by Officer Jason Van Dyke.

"I can understand and appreciate people's frustration has come to a point and I believe that we will deal with it. I think its core to what we have to do," Emanuel said.
EMBED More News Videos

The Coalition for a New Chicago is planning a Christmas Eve protest on Michigan Avenue.

The Coalition for a New Chicago is planning a Christmas Eve protest on Michigan Avenue. The group announced their plans as the U.S. Department of Justice was to meet with Chicago Police Department officials.

"We're going to pray for our city, pray for our leaders here. But we're also going to march down the street. We're going to be singing, chanting and everything else. But we are going to be a peaceful, disruptive force down on Michigan Avenue from about noon to 5 o'clock that evening," said Pastor Gregory Livingston, founder of a Coalition for a New Chicago.

The group will march on the Magnificent Mile on Christmas Eve in an attempt to engage with the public, Livingston said, under the social tag #BlackChristmas.

The Coalition for a New Chicago, which said they have appealed to President Barack Obama, wants Mayor Rahm Emanuel to resign in the wake of the Laquan McDonald case. They hope the march on Christmas Eve will garner as many participants as the Black Friday march where demonstrators shut down a stretch of Michigan Avenue from the Chicago River to Oak Street.

Some business owners said sales were 25- to 50-percent below projections due to the Black Friday protest.

The Magnificent Mile Association that represents businesses said the organization just learned of the protest and have no comment.