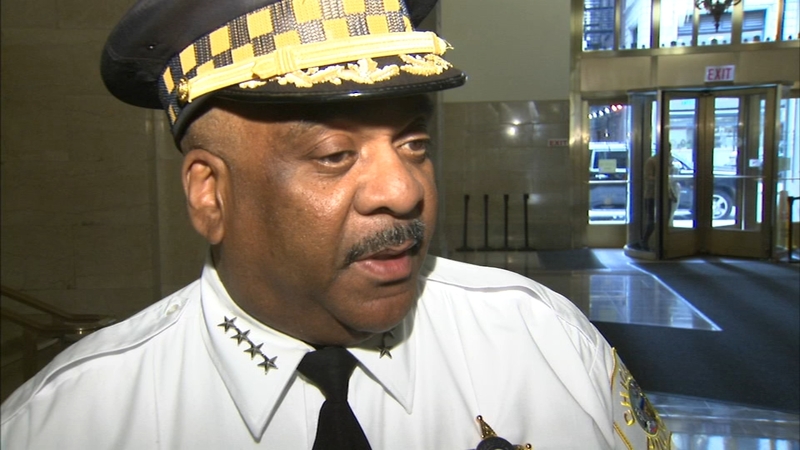 CHICAGO (WLS) -- Some Chicago aldermen are upset about new findings involving the city's top police official after the release of the inspector general's report into the fatal shooting of Laquan McDonald.

At the time, Chicago Police Superintendent Eddie Johnson was a deputy chief of patrol. His role in the case has never been clearly defined, until now.

According to Inspector General Joe Ferguson's report released this week, Johnson viewed the infamous dashcam video of the deadly 2014 shooting with other top CPD officials and said nothing when they concluded the shooting was justifiable.

"I think if there is any error on it, it is their silence on it," said Ald. Chris Taliaferro, who chairs the city's Public Safety Committee.

The IG report quotes Lt. Osvaldo Valdez, who told investigators that Johnson was present in a meeting with several other top brass where they viewed the video tape.

Valdez said, "Everyone in the meeting agreed the shooting was justified and that Van Dyke used the force necessary to eliminate the threat."

Some aldermen are furious at Johnson. They said the city will never move past the Laquan McDonald case until they regain trust in the police department.

"Eddie Johnson has to lead this department in a way to build faith back in our police department and if he's connected to this when all the time he has denied it, then we have a serious problem to deal with," said Ald. Ray Lopez of the 15th Ward.

Aldermen Chris Taliaferro and Emma Mitts spoke with Johnson by phone. They said he acknowledged viewing the tape, but said he wasn't in a position to comment or make a decision about the case at the time.

"I do know one thing. It's not a good thing if he knew anything and didn't say anything," Ald. Mitts said.

Others still have confidence in Johnson understanding his role at the time.

"In that situation, I view Supt. Johnson, deputy chief at the time, as a member of middle management. The decision was being driven on the top," said Ald. Jason Ervin of the 28th Ward.

Ald. Taliaferro would like to call Supt. Johnson and the Inspector General for a public hearing on the issue.

Until then, Taliaferro said it's up to Mayor Lori Lightfoot to hear Johnson's side of the story, since she has the power to keep or remove the superintendent from his role.

Chicago police spokesman Anthony Guglielmi said on Twitter that a press conference will be held Saturday morning with Johnson and other city leaders regarding the review of the Laquan McDonald shooting.

Supt. Johnson met w/ the Chicago Aldermanic Black Caucus this afternoon about reported misconceptions about his involvement in the shooting review of Laquan McDonald while he was an Area Deputy Chief. A press conf. will be held 8am Sat at CPD HQ with Aldermen & the Superintendent https://t.co/oflEobwT8l