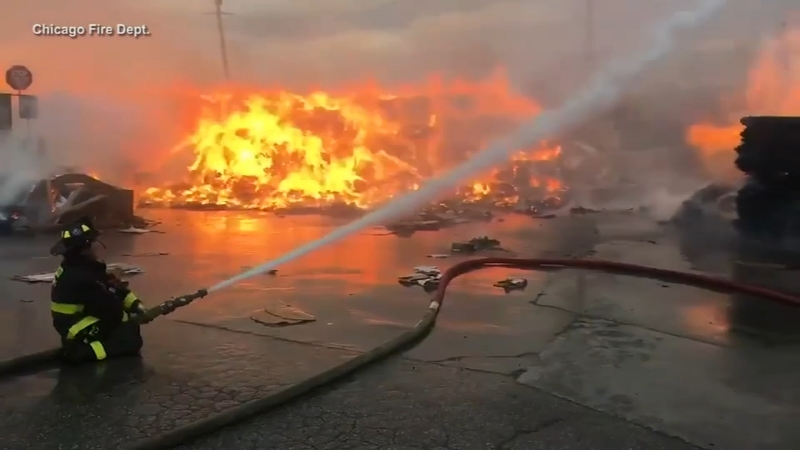 CHICAGO (WLS) -- About 150 firefighters worked feverishly to put out a massive fire at a waste management facility in the Brighton Park neighborhood Tuesday.

The wind-blown fire started around 4 p.m. in a prairie near the railway about a block away from Waste Management of Illinois, Inc.'s recycling facility near 48th Place and Christiana Avenue, according to a statement from the company.

Embers were blown into the plant's yard, resulting in the recyclable materials catching fire. In a matter of minutes, it ignited the Southwest Side recycling plant and quickly erupted into a full-blown inferno.

Chopper7 was over the fire at a paper recycling plant near 48th and Christiana just before 5 p.m. Tuesday.

"One side was fire and the other side was like, catching on fire, like smoking," witness Ferdinand Miranda said.

As fire trucks raced to the burning Brighton Park plant, employees scrambled out just ahead of the flames.

"I heard one guy ask if anyone was still in there," Miranda said.

With everyone out safely, Chicago firefighters battled the blaze from every angle, dousing it from extended ladders.

At one point, flames got dangerously close to propane tanks and vats of acid, prompting nearby L trains to stop service.

Containers of acid now burning at the 2 11. CTA killing power on cta system nearby. Rail service to Midway suspended. pic.twitter.com/6H2wlBPGUs

"My biggest concern was the spread, the spread of the fire due to high wind conditions," Chicago District Fire Chief Steven Clay said.

Firefighters moved in a massive, oversized fan to help clear smoke from rescuers' view. Wood pallets and cardboard made for easy burning tinder.

"All the contents is buried. So once it starts burning, it's hard to get underneath it. So, any kind of oxygen introduced keeps it burning," Clay said.

Hours and thousands of gallons of water later, firefighters subdued, then finally stopped the blaze, even saving a bit of the building. 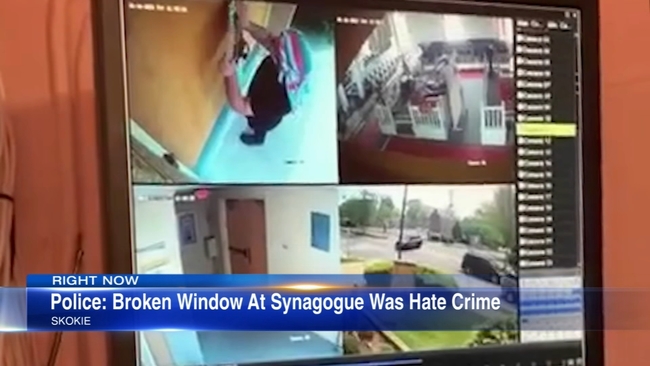