Latinx used by 3% of US Hispanics: Pew Research Center
WLS
By Rob Elgas and Blanca Rios 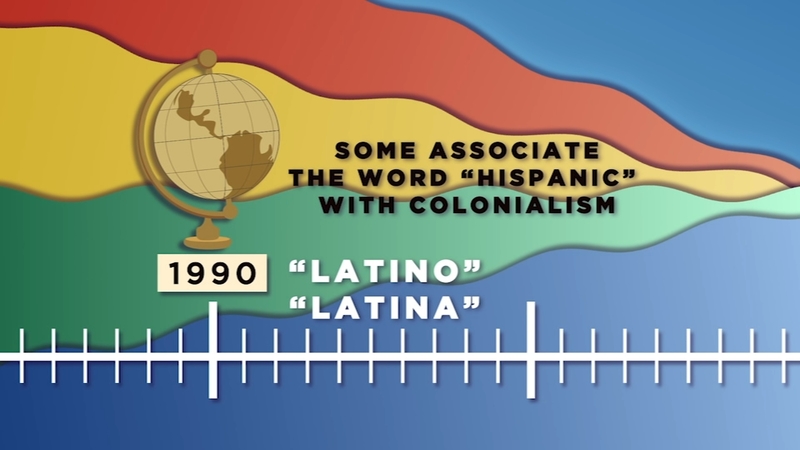 Latinx vs. Latino: Which one is correct?

CHICAGO (WLS) -- ABC 7 Eyewitness News is celebrating what has come to be known as Hispanic Heritage Month but not everyone in that community identifies as Hispanic.

Over the past several decades, the way to describe this diverse community has evolved from Hispanic to Latino, and more recently to Latinx. But is there one correct term? Not exactly.

"I tend to go back and forth. I'm not a purist or I'm not an extremist about the terms," said Torres. "In my speech and in my writing, I tend to use all kinds of variations and sometimes I will use Hispanic - oh my God."

Torres said describing an entire diverse community with just one term is difficult.

"I don't think we will ever come to a consensus that will make everybody happy and that's okay. What we find to this day is most Latinos identify by their national term, not the pan-ethnic term, it tends to be situational," Torres said.

How we describe this multi-faceted community has changed over the years. Hispanic Heritage Week was established in 1968 by President Lyndon Johnson, making Hispanic the preferred term for decades. But because some associate the word Hispanic with colonialism, Latino and Latina became popular in the 1990s.

Latinx first came into use in the early 2000s.

"No one has come up with the - one true, everybody agrees on this etymology - but my understanding is it first came up on the internet and that it was introduced by queer, Latinx young people," said Torres. "They started using this term, and it got taken up by other groups, it got taken up in academia, it got taken up by activists."

Antonio Santos identifies as a queer, first-generation Latinx. He is the executive director and cofounder of the Gage Park Latinx Council, a non--profit that serves the community through art, education, social justice and mutual aid.

"I saw Latinx as a way to kind of provoke and make visible my queer identity," said Santos. "I think everybody has the power to self-describe and I think that any way that you self-identify is absolutely fine for you. The issue comes when other folks try to tell people how they can or cannot identify. so arguing that Latinx is not a valid term is saying that somebody's identity isn't valid, and that's problematic.

Zapata identifies a Afro-Colombian and Latino.

"I don't have a single friend that I grew up with on the South Side of Chicago that identifies with that term. That's just real," said Zapata.

Despite a Pew Research Center finding in August of last year that only three percent of Latinos use Latinx, the term is still gaining momentum.

Santos said he wouldn't be offended if someone called him Latino- but he says on some levels that's assuming a gender identity.

"So what we know is we're not supposed to assume people's gender identity so Latinx is a more respectful term unless you know for a fact that they want to be identified as Latino or Latina," said Santos.