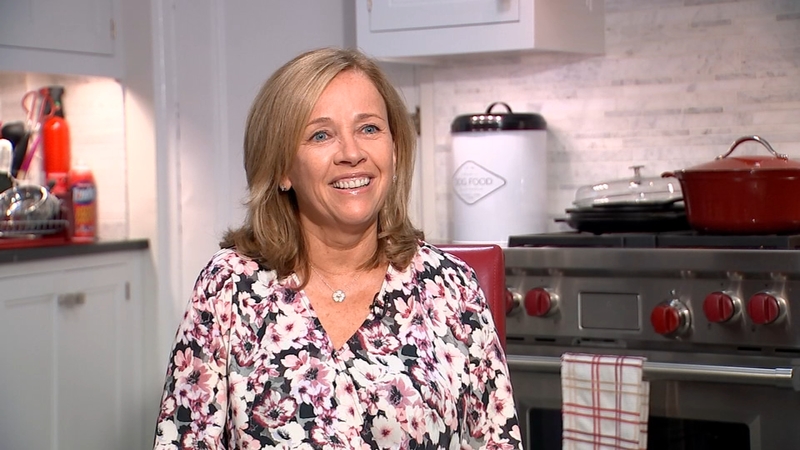 Regular viewers of "Live with Kelly and Ryan" have seen Laurie Gelman appear occasionally on the show, which is produced by her husband, Michael Gelman. And for half a dozen years now, she has made a name for herself as an author.

Laurie Gelman has followed the traditional advice to "write what you know," and the results have been three novels about a "Class Mom" much like she herself once was.

She appeared on "Live" this week to promote her third novel, called "Yoga Pant Nation."

"It's the perfect title for this year, when many of us have been living in yoga pants," Ripa said.

T.J. Newman spent a decade working as a flight attendant, experience working in the air she has put to great use to write her first novel called, "Falling."

In fact, Laurie wrote it during the pandemic.

"I had 50 pages written when we went into lockdown," she said. "And I hate to say this, but it was the best thing that could've happened to me in terms of finishing the book."

She first published "Class Mom," followed by, "You've been Volunteered." Now, this is the third in her series featuring character Jen Dickson.

"I live vicariously through Jen on so many levels," she said.

The character is sarcastic, acerbic, and honest to a fault.

"Someone will say something like, 'Oh, you want to introduce me to your friend? Is she hot?'" Gelman said. "And in Jen's mind, she's like, 'Well you're not hot, why would you ask if she is?'"

This is what makes this Class Mom so funny.

"Jen says everything that is only ever floating around in my head," Gelman said. "It would never come out of my mouth. People meet me and they think, 'Oh my God, she's going to be so funny,' because Jen's funny, and I was like, 'Jen's funny but that stuff won't come out of my mouth.' I mean, are you kidding me? I'd be terrified to say that stuff."

Sandy Kenyon has more on this year's list of Emmy nominations.

Wherever she goes, real moms want to tell her their stories.

"Everybody wants to unburden themselves of being a class mom or being the head of the PTA or whatever," she said. "And I love it. I'm just like, after every conversation, I was like, 'Can I use that?'"