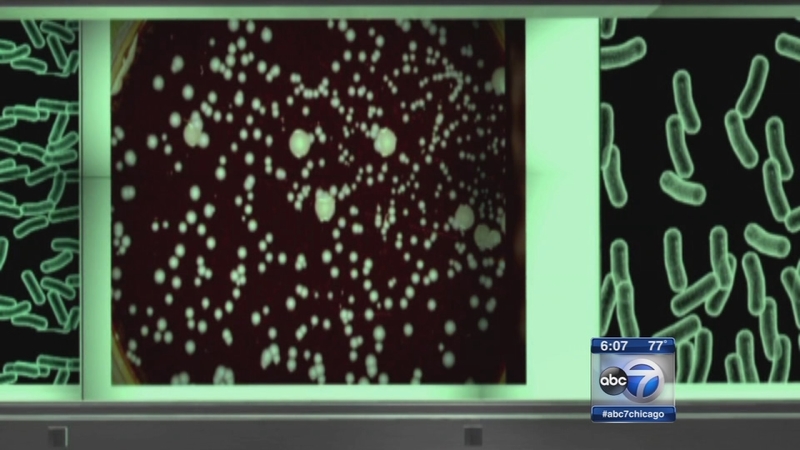 Legionnaires? disease cases on the rise in Illinois

CHICAGO (WLS) -- New York is still suffering through its deadliest outbreak ever and isn't alone in handling Legionnaires' disease. Illinois cases have doubled over the past decade, with one death in Chicago this summer.

The cases of Legionnaires' disease in Cook County have increased so significantly the past five years that many more people here contract the disease annually than have come down with it during this historic outbreak in New York City.

The state of Illinois also on an upward curve with nearly as many cases so far in 2015 as in the New York eruption. The Cook County and Illinois data is typical of an illness that is on the rise across the U.S.

In northwest Indiana, Burnettsville assistant fire chief Ryan Alma was infected with Legionnaires' on July 12. Indiana health officials still don't know how he got it.

Tests are also negative so far at a Gold Coast Chicago rehab facility, where also an elderly resident was found to have legionnaires disease in mid-July and later died.

Even though it has been a month, patients say signs warning about the disease are still posted at the Warren Barr facility.

"From what I've noticed, they have cut off some of the water and said don't use the water from the fountain," says Zelinda Kirk, whose mother lives at the facility. "They use the bottled water for the patients."

"They've got plenty of bottles of water in the fridge and stuff," says James Gray, whose wife lives at the facility.

The use of bottled water is precautionary according to city health authorities, who say that Warren Barr has been fully cooperative in trying to find a source of the Legionnaires'.

The disease is a type of severe pneumonia caused by inhaling water vapor that contains Legionella bacteria. Determining a source is rarely as clear cut as in New York, where 12 people have died and 113 have been sickened.

The difference between New York City and Illinois is that New York is a short-time frame, localized outbreak.

While there have been four deaths in Illinois so far this year, there have been almost as many total cases here as in New York City during the current outbreak, but Illinois' are scattered across the state.

The number of cases in Illinois doubled in the past five years. More than half of them occur in Cook County and many times the source of the infection is never determined.

Nationally, Legionnaires' cases have more than tripled since the year 2000.

Most people recover but up to 30 percent die according to federal health officials. The first outbreak was almost 40 years ago in Philadelphia at an American Legion Convention.