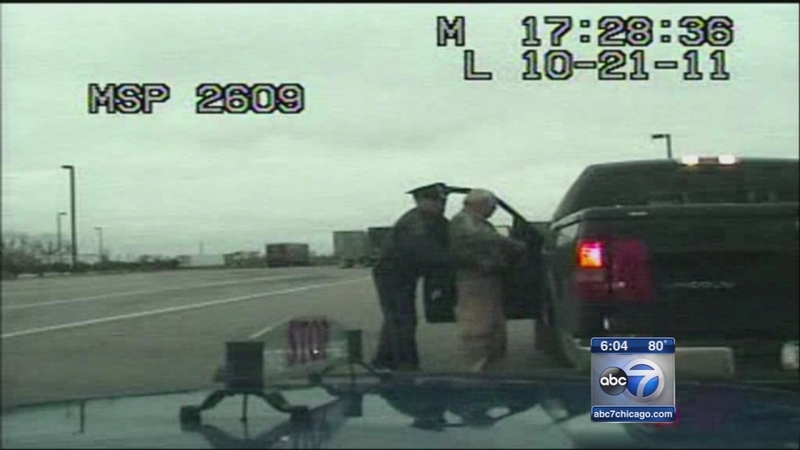 CHICAGO (WLS) -- An I-Team TV exclusive: the traffic stop that netted 90-year-old drug mule Leo Sharp. He's the northwest Indiana man who worked as a courier for Mexico's Sinaloa Cartel. Now, we have the police video of Sharp's arrest.

When Leo Sharp was curbed by Michigan State Police in 2011, federal drug agents were already onto him. They suspected he was the Sinaloa Cartel's designated driver, long-hauling cocaine from the border to the Midwest- and now, at age 90- considered the world's oldest drug mule. The I-Team obtained the video of the traffic stop that brought Sharp's pick-up truck to a screeching halt - and as it turned out, life as he knew it for almost nine decades.

Leo Sharp certainly didn't look the part of the most-trusted-courier for the world's-most-ruthless drug cartel when Michigan State Police pulled him over.

Federal law enforcement had Sharp on their radar for months, an unlikely character whose first career was growing day lilies.

But this day on a stretch of I-94, Sharp was carrying five duffel bags loaded with cocaine, more than 100 kilos worth millions on the street.

When authorities brought in a drug sniffing dog Sharp knew the end was at hand, at one point even begging police to end it for him on the spot.

A year later, in an interview with the I-Team, Sharp said he'd kill himself before going to prison, a refrain he used in court last month when a judge sentenced him to three years in prison.

Sharp, a WWII hero according to his attorney, remains in the care and custody of a relative until he surrenders to serve his sentence. He has been given an inmate number and is waiting to hear to what prison medical facility he has been assigned.