How is your license plate data being used? 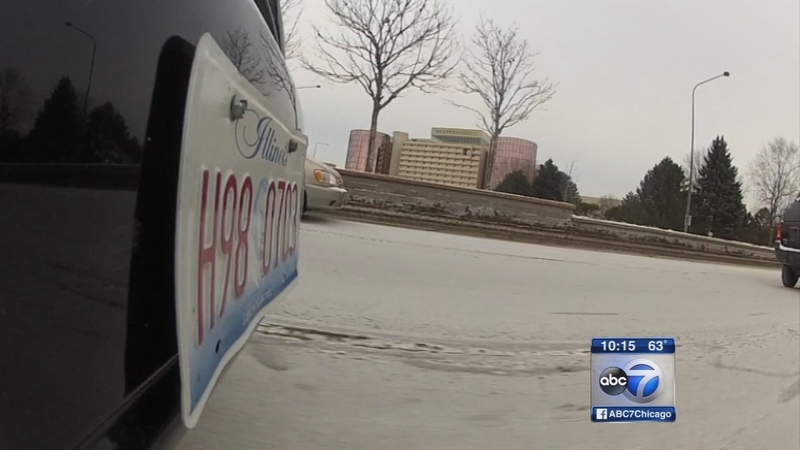 How is your license plate data being used?

LANSING, Ill. (WLS) -- There are new questions about whether the movements of millions of unsuspecting Americans are being stored in databases, who's keeping that information and why.

Hunting down a car to seize back from a delinquent borrower is less of a guessing game these days.

Specialized cameras and sophisticated recognition software are used to build massive databases, said to make it easier to track deadbeat borrowers and find those breaking the law.

But they're also nabbing a lot more.

The mobile cameras are not just running plates through lists of wanted individuals - data from each plate is also being gathered and stored, including location, time and date. That means you could be tagged at just about any location; your office, place of worship, even the shopping mall or places where you might not want to be seen.

"It's not telling me your name, date of birth, social security number, where you live," said Jon Jendral, operations manager, Done Rite Recovery. "It doesn't give me any of that information."

That's little comfort to privacy advocates concerned about a practice that is largely unregulated.

"I think it's foolhardy to believe that collecting this information won't result in some sort of abuse," said Ed Yohnak, ACLU of Illinois.

When you register for a license plate, you most likely provide your name, address, date of birth and social security number.

The plate readers don't immediately tell police all this information - it still has to be manually gathered trough state records.

But, what's gleaned each day by these readers could be used to build a driving history on law-abiding citizens, stored indefinitely and even shared with other organizations.

"When you are able to synch that up against a database of who someone is and where they are, it provides the kind of insight that government shouldn't be getting into our lives," Yohnak said.

Attempts to pass a law that would limit how long law enforcement in Illinois can keep this data has failed for now. Concerned lawmakers say they'll try again.

Chicago police officials would not talk on-camera but in an email said:

"License plate data is over-written and not stored unless there is a positive hit on a plate needed for investigative purposes."

And the department claims data is not shared with any outside agencies.

Some departments rely on private companies, such as MVTrack, based in suburban Palatine, to help gather and collect license plate images.

"Every plate that gets captured in our system, never gets purged. It's always there for future use," said CEO Scott Jackson.

Jackson said his company's massive database is extremely safe. He says tracking on cellphone and social media sites are what people should really be worried about.

"License plate technology is the only technology that has potential to track someone who's a bad guy, but it's not intrusive. If you are not a bad guy, you're one plate of almost 2 billion records," Jackson said.

One estimate is that 70 percent of all police departments now use license plate trackers, but there is some push back developing. Regulations are now pending in Illinois and at least 17 other states. Louisiana's governor just vetoed a bill that would have allowed license plate surveillance, saying the data was too "vulnerable to theft or misuse."