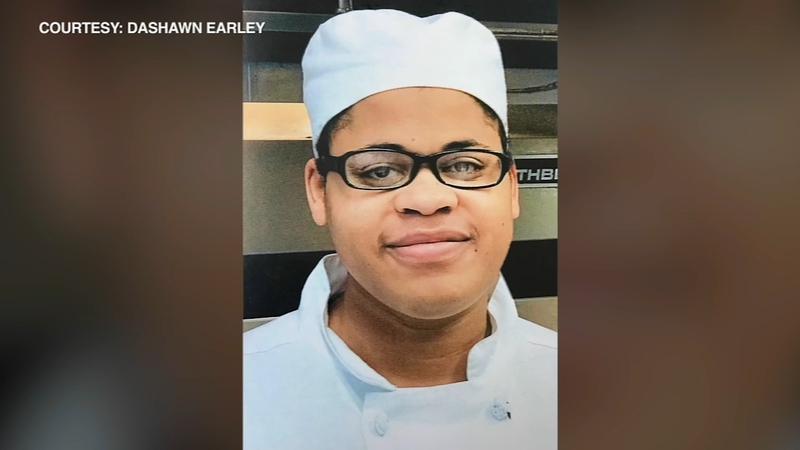 CHICAGO (WLS) -- A young man's condition is improving one week after a thief shot him three times in Lincoln Park, his brother said.

DaShawn Earley posted an update on GoFundMe Friday, saying his brother, Dakotah, is no longer on life support. On Sunday, Dashawn told ABC7 Dakotah was in the ICU and doctors put his chances of survival at 50/50.

"He has made so much improvement over the last few days. He is no longer on life support and is breathing on his own, thank God," Friday's post said. "He has been chatting a little bit and told Dashawn yesterday that he missed him."

The latest GoFundMe post said Dakotah has been having trouble speaking clearly "due to his jaw," noting that a surgery has been rescheduled several times and is scheduled again for Friday evening.

"We are so happy that he can and will speak again," the post said. "We are praying the surgery goes well and it can finally be done."

The GoFundMe post added that doctors haven't made a final decision about Dakotah's leg, but "we are still hopeful it can be saved."