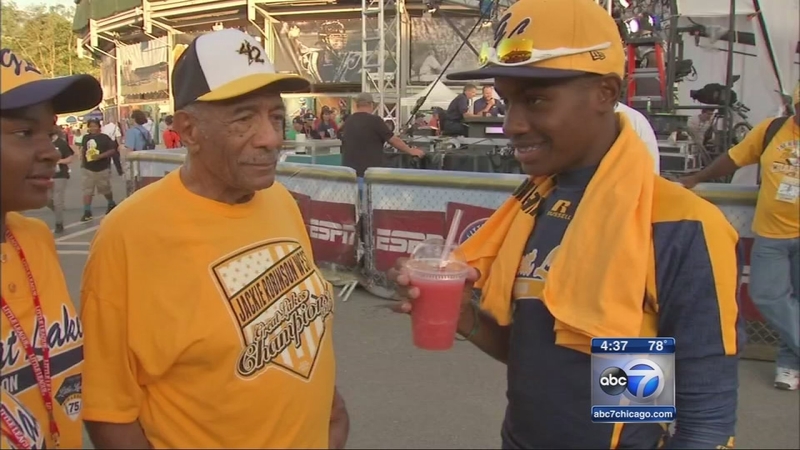 SOUTH WILLIAMSPORT, Pa. (WLS) -- The Jackie Robinson West All-Stars are just two victories away from playing in the Little League World Series championship. Their next game is on Sunday and will be televised live on ABC7 at 1 p.m.

These are 11- and 12-year-olds who have been living in a purposeful bubble, shielded as best as possible, from distraction. They have also been away from home for over two weeks. Are they homesick? No. They're on a mission. 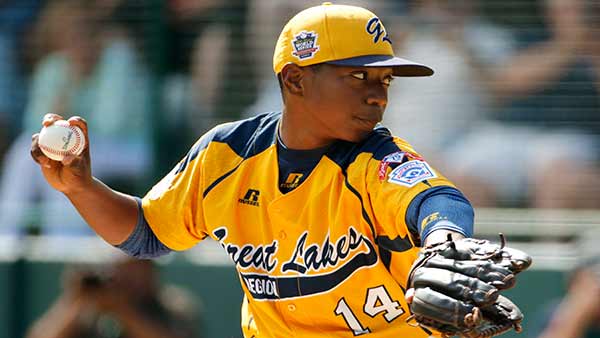 It's nice to relax and celebrate the big win, a team win. The rocket-man who clubbed three homers and a triple knows this is much more than the individual.

"We played as a team," Pierce Jones said. "That's what we like to do, we like to play as a team game and get everybody involved. That's how we've been winning and that's how we'll continue to win."

This is a team of 11- and 12-year-olds that understands grit and determination and purpose, much like their league's namesake.

"Me and my son, we watched the movie '42' and the story countless amount of times, and it still brings a year to both our eyes when we actually watch it and see how far we've come and that's why our boys go out there and play the game with so much passion," said Carlton Hondras. 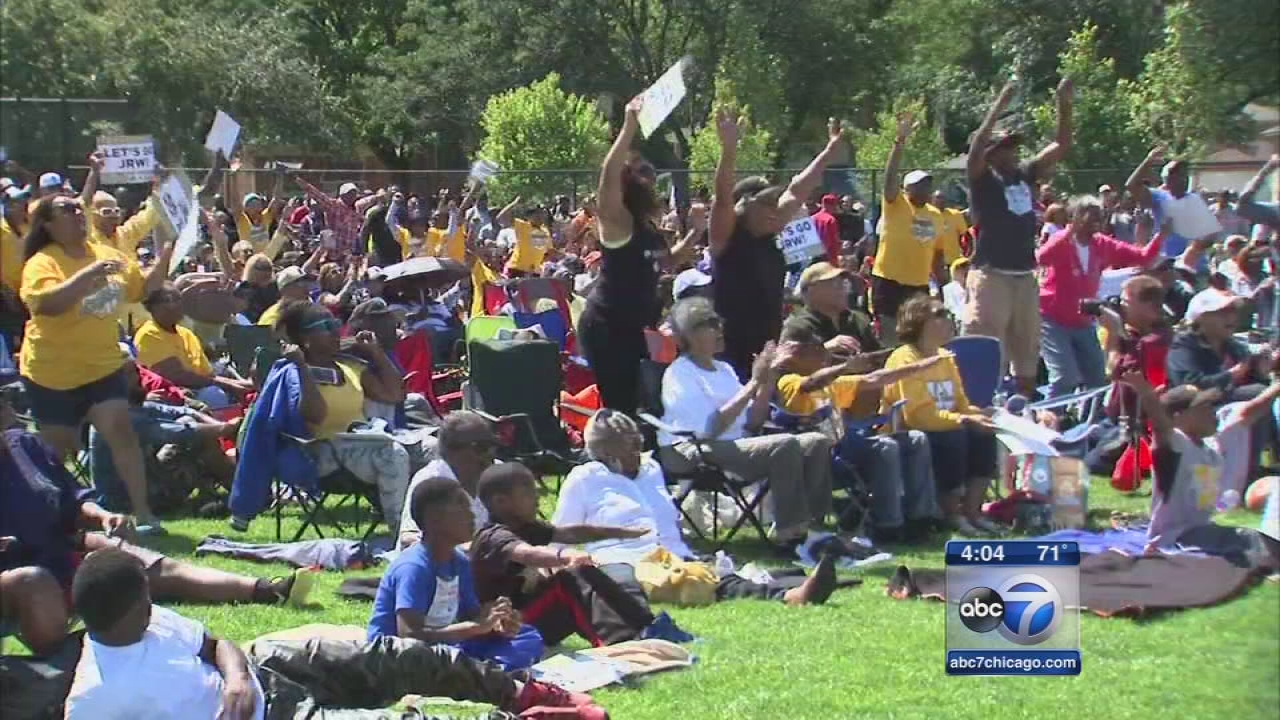 That confidence comes from within, but it's helped in no small measure to know that an entire city and beyond is pulling for you. The boys know it.

True. But it doesn't mean you can't sign a few autographs.

"We try to stay humble, we try to not let it get to our heads," Jones said. "It's been hard, though. We've been getting stopped a lot."

This Little League World Series began with all the teams on parade waving confidently to the masses in Williamsport. The boys of Jackie Robinson West would love to do the same when they come home.

The competition gets tougher now. It would of course be fabulous if they could win the title, but even if they don't, the All-Stars of Jackie Robinson West have ready demonstrated what determination and teamwork can do.

The City of Chicago is planning another watch party for the next game. Fans of the Jackie Robinson West All-Stars are invited to watch the game on a big screen television at Chicago's Jackie Robinson Park located at 10540 South Morgan Park Street. 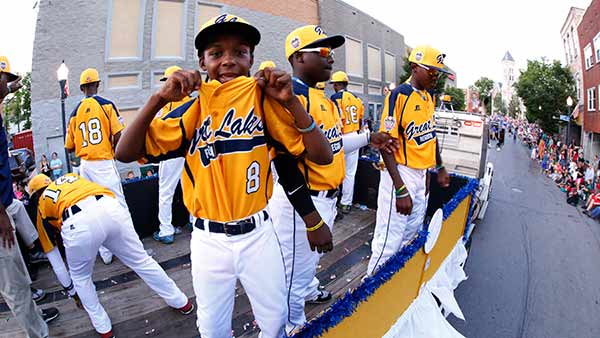