Little Louie's in Northbrook gets lifeline from Barstool Sports fund 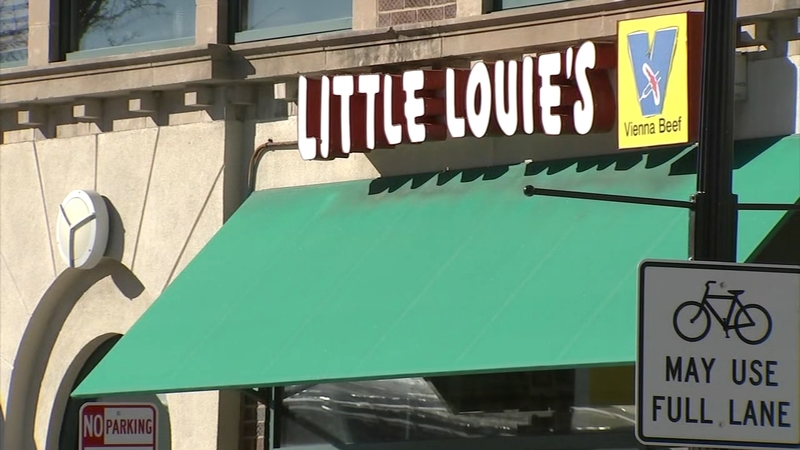 Little Louie's in Northbrook gets lifeline from grant

NORTHBROOK, Ill. (WLS) -- It's not unlike the bar in the TV show "Cheers." It's a place where everybody seems to know your name.

Little Louie's is a Northbrook institution. It's been here for more than half a century.

A family-owned Mexican restaurant in Lakeview received an unexpected gift of $15,000 on Christmas Eve to help them keep their doors open.

"It's weaved itself into the community," said longtime customer Chris Essman. "Nice to see they're still hanging on."

The walls are filled with pictures of sports teams they sponsor, and longtime customers who have been supporting the place as best they can during the pandemic.

"We've been trying to support it as best we can, but you can only do so much as an individual," said customer Chris Nellis.

With COVID-19 restrictions, the restaurant is limited to pickup orders. Business is down about 50 percent. Owner Pete Weiss has been doing whatever he can to keep his employees on the payroll.

"My staff is like my family. They've rallied around me in really dark times in my life," Weiss said.

The darkest of those times was when Weiss lost his 9-year-old daughter, Alexa, to a brain tumor three years ago. His employees kept the business afloat during that time, and that story helped convince the Barstool Sports Fund to give the business a $15,000 grant, which they captured on FaceTime video.

The video is posted on social media and has gotten more than 100,000 views. The Barstool Sports Fund has raised some $28 million from donations, and distributed grants to about 200 restaurants around the country, including one to Que Rico in Chicago last month.

And like Little Louie's, for most all of them, it is a lifeline.

"It's been really difficult for us and the light at the end of the tunnel has been Barstool," Weiss said.