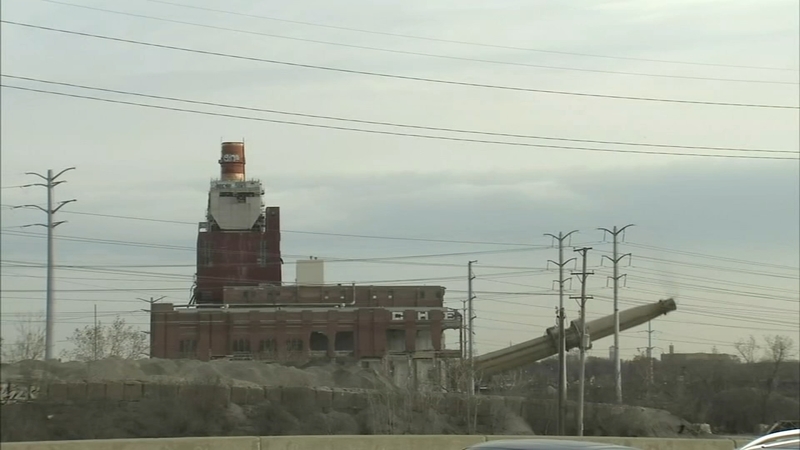 CHICAGO (WLS) -- It's been a year since a botched smokestack implosion in Chicago's Little Village community that led to a thick plume of dirt and dust spreading for blocks in every direction. With barely a day's notice to residents, many did not even know what was happening.

"I was afraid," said Antonia Quiñones, who, at the time, was alone with her husband home sick with COVID as the entire neighborhood went dark.

"It was a terrible, terrible painful experience," added Maria Cecilia Quiñones. "They're still suffering from the effects right now. I don't think it's any coincidence that my parents had COVID for a second time earlier this year."

That's why Sunday, dozens of community activists and residents came together to mark the anniversary of the botched demo. The group rallied against Hilco, the company that carried out the implosion as part of a redevelopment plan of what used to be the Crawford power plant on South Pulaski Road.

While the company reached a $370,000 settlement with the state, residents in the area continue to feel their voices are not being heard.

"I want to see them be a better neighbor to us," said Little Village resident, Marisol Zequeira. "I want them to be accountable for their actions. To give us better jobs; better pay. To care about us and not just offer a free car wash or a free window cleaning service, because that wasn't help at all."

In a heavily industrial neighborhood that has already suffered from bad air quality before this, residents and elected officials believe Hilco -- and the city -- can do better.

"This would have never happened in other parts of the city. They would not have ignored local officials like they do here. They would have had public meetings to discuss the plans," said Alderman Byron Sigcho-Lopez.