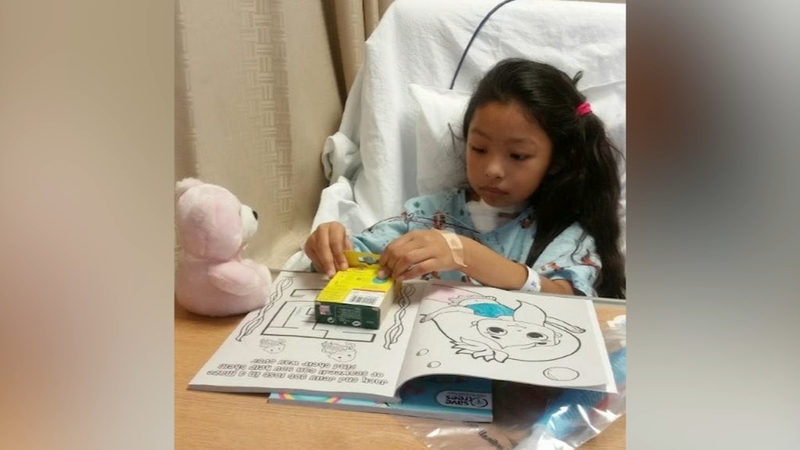 CHICAGO (WLS) -- A pastor in Chicago's Little Village neighborhood has been working to reduce violence in the area, and now is helping the family of the 7-year-old girl shot while trick-or-treating on Halloween cope with what happened.

Pastor Matt DeMateo said Gisselle has been improving with each day.

"To see a young person at that age go through something traumatic like this is heavy, but she's incredible, she's a blessing, she's fighting," he said.

Gisselle's father said she is in good spirits, and spent Tuesday morning coloring as she recovers from two gunshot wounds to her neck and chest. She, her father, and her siblings were trick-or-treating along 26th Street when she was struck by gunfire.

Police said a 15-year-old boy was shooting at rival gang members. He has been charged with attempted murder and assault.

Pastor DeMateo has been with Gisselle and her family since the shooting. He is the head of the New Life Centers of Chicagoland, which mentors young people in Little Village.

There are New Life Centers around the city, but they opened a second location in Little Village seven years ago so families can worship and kids can participate in their programming without crossing gang lines. And while Pastor DeMateo said they have seen a reduction in violence, what happened to Gisselle is motivation to keep working on the solutions.

"Build hope at all levels, where young people don't feel the need to turn to the streets or turn to violence like this," he said.

"It's the age-old phenomenon where people feel the need to defend their territory," said Teresa Cordova, director of the University of Illinois - Chicago's Great Cities Institute.

Cordova recently co-authored a report about gangs in Chicago. She said Little Village has the youngest population of all Chicago neighborhoods, and the two gangs there, like other gangs in the city, recruit young. She emphasized alternatives for kids to reduce gang activity.

"You have to provide more opportunity so that the choices that they make are better choices," Cordova said.

"Our hope is that as we walk with people, we can see the story change," said DeMateo.

Gisselle has had two surgeries and may start eating soon. She is doing well, her family said, but a long road to recovery is still ahead.