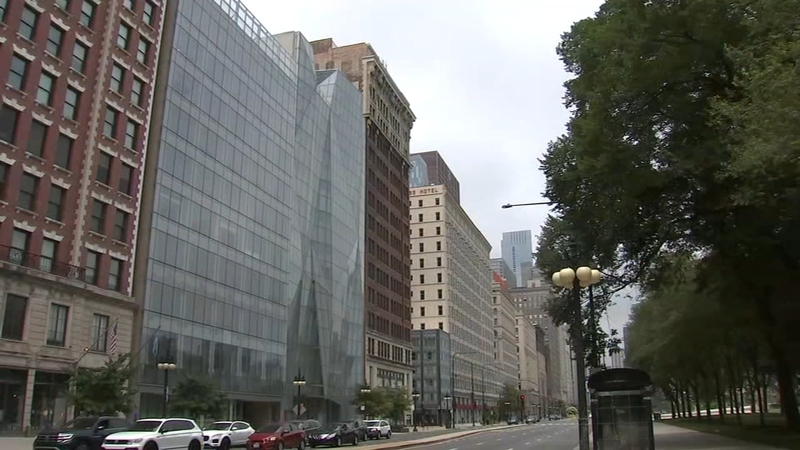 CHICAGO (WLS) -- Heightened hotel security along Michigan Ave. in Chicago is expected during the upcoming Lollapalooza music festival following the discovery of guest guns in hotel rooms here and in Denver.

Lollapalooza will be held in Grant Park on July 29 and run through August 1.

There will be added scrutiny of guests and their luggage, especially while checking into hotels that overlook the four-day music festival venue, police counter-surveillance teams zeroing in on hotel windows, among other likely security precautions according to several law enforcement experts interviewed Monday by the I-Team.

Attention ramped-up at Chicago park-side hotels and high-rise buildings following the 2017 mass shooting in Las Vegas, when a guest at the Mandalay Bay Hotel opened fire from a 32nd floor suite on the Route 91 Harvest festival below. Sixty people were shot dead and more than 400 wounded by Stephen Paddock, 64, who managed to get a huge array of high powered weapons and ammo into his hotel room. The rampage, American's worst one-man mass shooting, ended when Paddock killed himself.

As the I-Team reported in 2017, Paddock had reserved a room at the Blackstone Hotel during Lollapalooza, a few months before the Vegas attack. He apparently did not use the room.

However, law enforcement is still concerned a copycat shooter might attempt a similar attack.

In a Colorado court Monday, one of four suspects appeared after police say a hotel housekeeper found an arsenal of guns, hundreds of rounds of ammo, body armor and drugs just down the street from Tuesday's baseball All-Star game.

Authorities say they don't believe it was a mass murder plot, which was also the belief at Chicago's W hotel on 4th of July when a similar rifle scenario resulted in an arrest.

The ability to get guns into upper-floor hotel rooms is a concern for law enforcement, especially on Michigan Avenue in hotels that overlook Grant Park, home of Lollapalooza.

"You're going to see heightened posture at these hotels, given what happened in past weeks you will see hotel security and or law enforcement screening people much more diligently and they are going to be looking for suspicious behavior," said former deputy U.S. Marshal Ed Farrell. "Along Michigan Avenue, you're going to see counter surveillance teams, via law enforcement looking for these individuals to pop up in windows, and or elevated positions that might be looking to do something nefarious."

"After the tragedy in Las Vegas with the Harvest Music Festival, one of those tripwires was developed for the hotel industry. We train hotel staff and key points of what to look for and what to do if you see it," Georgas told the I-Team.

A spokesperson for the Blackstone Hotel says each year they increase security protocols during Lollapalooza, and have plans to do just that later this month.