Man stabbed after getting into argument in Chicago's Loop, family says 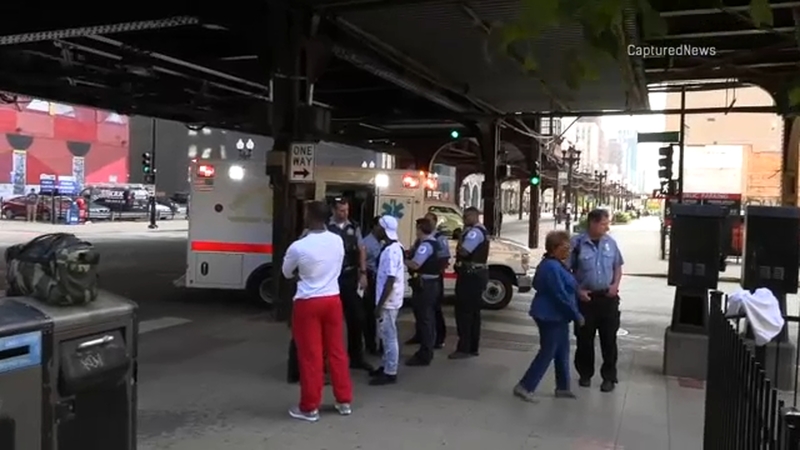 CHICAGO (WLS) -- A man was stabbed in the back after getting into an argument in Chicago's Loop Thursday, according to his family.

Police were called to the scene at State and Van Buren, where a stabbing occurred around 11 a.m.

Police said the two men were arguing for an unknown reason, and the altercation escalated into a physical fight. A 21-year-old man was stabbed once in the right lower back area after being chased by the suspect, police said.

The man was taken to Northwestern Hospital in stable condition, police said.

The victim's brothers said they had gotten into an argument with the suspect previously.

While one of the victim's brothers was at Harold Washington Library, the suspect chased two of them with a knife, eventually catching one at State and Van Buren.

Witnesses said the victim stumbled into a nearby Dunkin Donuts and then into the DePaul Center, a main part of DePaul University's Loop campus.

The victim sought help inside the center.

Witness Gerald Colas said he was at the DePaul Center when he saw a man and woman running. The man had a knife, Colas said.

The suspect is still at large. Police described him as a black male, 5 ft. 4 in. to 5 ft. 5 in. tall wearing a red hat, white shirt and black jeans with many zippers all over them. It's believed the suspect fled either on a passing train or in the underground L station.