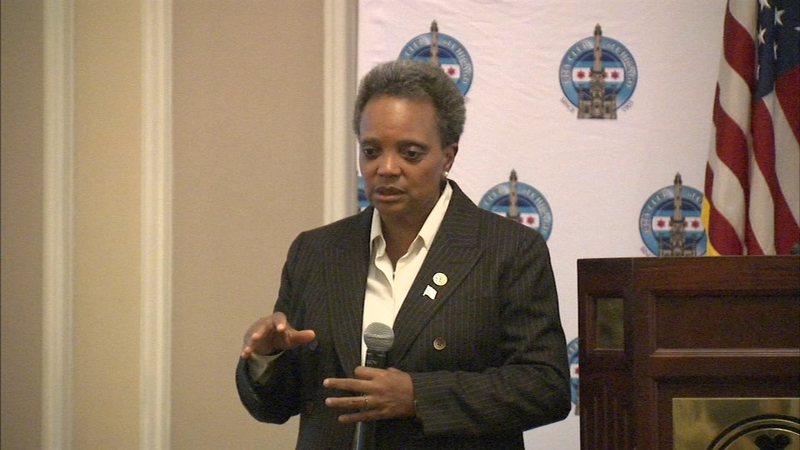 CHICAGO (WLS) -- Chicago Mayor Lori Lightfoot has announced a new focus of her administration: ending poverty in the city.

With 22% of Chicago residents living below the federal poverty line, Lightfoot said she wants to wipe out poverty for good. It's an ambitious goal that she said government can help solve since government helped create it.

"We did this historically by using government as a tool to create and enforce race-based discrimination that killed, crushed and reduced the lives of too many over generations," Lightfoot said.

She said this was done by voting for politicians who embraced racist policies.

On Friday, the mayor took her cause to the City Club, where she hoped to sell her plan to the hundreds of people who packed a room to hear her speak.

"I hoped today I made the case for why this isn't just something that happens to them, that this is happening to us. And that we have to solve this problem together," she said.

Lightfoot is looking at affordable housing as one of the solutions.

While she's against rent control, Lightfoot talked about government proposals, including a controversial tenant protection package that would give renters more time if evicted.

"I want to make sure we are fair to landlords, but the biggest issue is stress on tenants," Lightfoot said. "We will come to an amount of time that makes sense."

Lightfoot is planning the first-ever Chicago Poverty Summit, which will be held next week.