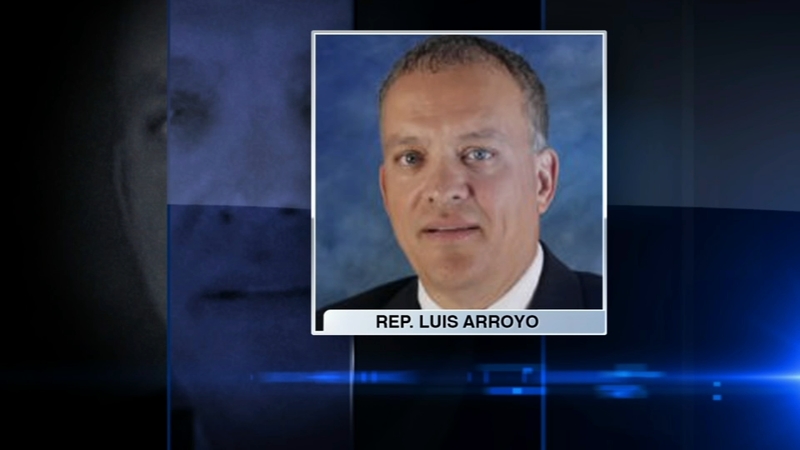 Prosecutors have said the Democratic lawmaker paid a bribe to a state senator in exchange for support of a gambling bill that would have benefited one of Arroyo's clients.

The former state representative was in court for an arraignment hearing Tuesday.

As Arroyo left the Dirksen Federal Court building Tuesday, he offered no comment after he pleaded not guilty to a bribery charge.

While the criminal complaint does not name the state senator, it's being reported that longtime Waukegan senator Terry Link has been cooperating with the federal government on and off for a few years. Known as cooperating Witness 1, Link was first approached by Arroyo about the sweepstakes legislation last Spring.

While Arroyo was originally charged last October, last month prosecutors filed a charging document known as an information against him, which usually indicates the defendant will plead guilty.

While he did not make that plea Tuesday, it is likely the former lawmaker will plead guilty at a later date.

Arroyo resigned from his legislative role Nov. 1, and the Cook County Democratic Party chose Eva-Dina Delgado as his replacement.

Arroyo is from Chicago's West Side and had served in the Legislature since 2006 prior to his resignation, representing the 3rd District. He was chairman of a House appropriations committee and was on the public utilities committee and transportation committee.
Arroyo was reelected to four terms as an Illinois state representative and was elected the General Assembly's assistant majority leader in 2017.

Guilty pleas in political corruption cases usually mean the defendant will cooperate with the feds in other cases.

Sandoval has agreed to testify for prosecutors and Arroyo is likely to do that same if he pleads guilty.

His case is scheduled to be back in court on March 17.