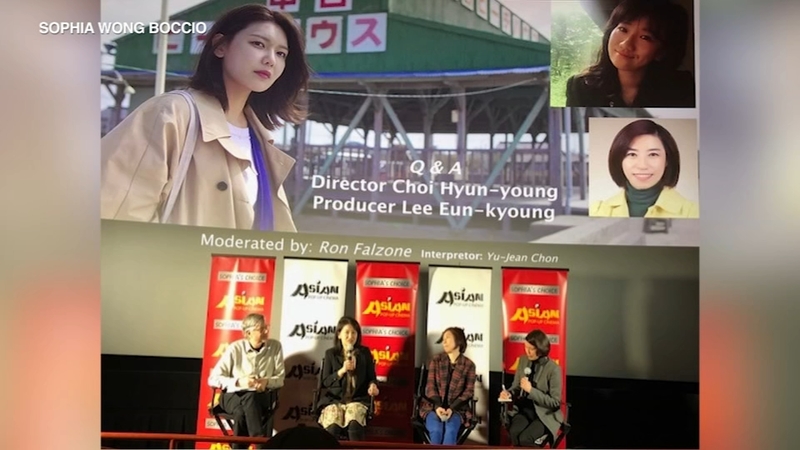 CHICAGO (WLS) -- People from around the world are celebrating the Lunar New Year, welcoming the Year of the Tiger. The tiger is associated with power and rebellion.

Asian Pop-Up Cinema is hosting a film festival to celebrate.

The Hong Kong comedy "All U Need Is Love" is one of several Chinese films being shown over the next two weeks.

"It's a charity movie they made to raise money to support all the crew and production people who got laid off during COVID-19. So all the big stars have cameos," said Sophia Wong Boccio, founder and executive director of Asian Pop-Up Cinema.

She said she founded the nonprofit in 2015 to showcase the diversity of Asia through film, hoping to bridge the east-west cultural divide. Wong Boccio said American audiences are not exposed to many films from overseas.

"We are living in a world that is so interconnected now, I think it is always good to learn to appreciate other countries' culture," she said.

"You are not really seeing fully-rounded characters and that's really a shame," said Michael DeAngelis, a professor of media and cinema studies at DePaul University.

Dwayne Johnson, who is Samoan and African American, was in 14 of those films, according to USC's Annenberg Inclusion Initiative. DeAngelis said for decades Asian Americans were overlooked by movie studios.

"The 1960s and probably even later it's difficult to even find any representations. And when they were, they were embarrassingly stereotypical," he said.

Wong Boccio said what she likes about highlighting films from Asia is that they tell stories of ordinary people.

"I think it is important to have a platform so we share our common humanity issues," she said.