Bedford Park video shows thieves stealing truck restored for teen with cancer: 'It was part of me' 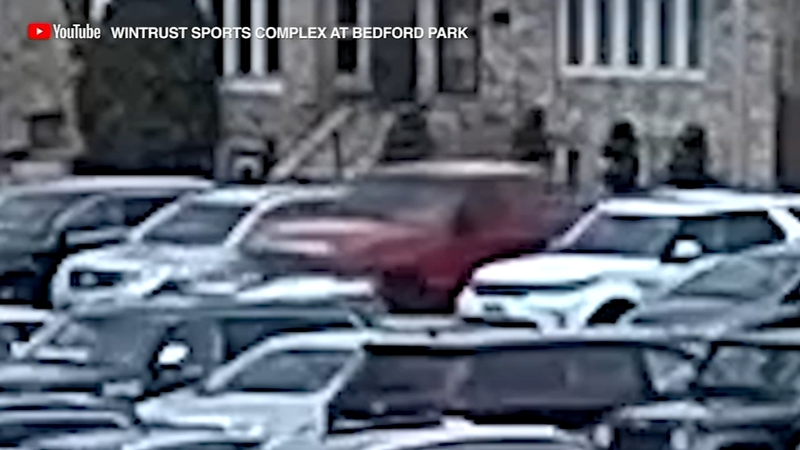 Tire tracks were evidence of how thieves, seen in a security video, somehow escaped with Jacob's restored 2002 Ford F-250 Sunday when he was inside Bedford Park's new Wintrust Sports Complex.

Jamie's father willed the truck to his grandson. Three years later, in 2018, as a freshman, he came down with Langerhans cell histiocytosis, a cancer that metastasized in his brain. The Make-A-Wish foundation arranged last summer for the truck's restoration. It was a vehicle the grandfather, a construction worker, would sit in when he was terminally ill just before Jacob's health challenges.

"I would see him from the front window of our house because he was sick, and he was getting sick, then to end, he just wouldn't come out of the truck," Jamie said.

"It really hit me differently when I saw how they were all reacting to it," Jacob said. "Not only my family but my friends, and everybody else, even people that I don't know, they were contacting me and everybody is there for me."

"He is a family kid. My son is such a good kid with such a good heart," Jamie said. "And he even stated to me that, 'why do all these bad things keep happening to him?'"

Now the young man, studying to be a stationary engineer, only wants back this symbol of family and overcoming pain.

"That is all I can ask for anybody to take out of this," Jacob said. "I don't want any more evil in this world and I just want people to be kind."

His mother echoed that sentiment.