WLS
By Jessica D'Onofrio, Evelyn Holmes and Liz Nagy
CHICAGO (WLS) -- A 24-year-old man has been charged in connection to the circumstances that led to the deaths of two Chicago police officers who were struck and killed by a train Monday night.

Edward Brown has been charged with aggravated unlawful use of a weapon and reckless discharge of a firearm, the Cook County State's Attorney's Office said. Investigators believe officers Conrad Gary and Edward Marmolejo were investigating reports of those shots fired on Metra tracks when they were struck and killed by a South Shore Line train.

Brown is due in court for a bond hearing Thursday at 1:30 p.m.

Funeral arrangements have been finalized for two officers killed by a train Monday night. A man has been charged in connection to their deaths.

Chicago police investigators have also acquired the event recorder - the black box that was on board South Shore train 119.

"It shows the time, it shows the speed of the train, it will show when the train was braking," South Shore Line President Michael Noland explained.

"It will show when the train sounded the horn and for how long," Noland said.

Funerals are being planned for two Chicago police officers who were struck and killed by a South Shore train while chasing a suspect Monday night.

The officers were struck and killed by a commuter train in the Rosemoor neighborhood on the South Side.

Wednesday afternoon, the Chicago Police Memorial Foundation delivered $60,000 checks to the families of both officers. Verified GoFundMe pages for both officers have collected in total more than $78,000 for their families.

Meanwhile residents in the Pullman neighborhood have been wrapping trees with bright blue ribbons.

"It's our way of telling the police officers here in the 5th District we feel your pain and we support you in this time of need," said neighbor Tim McMahon.

Mayor Emanuel said he was able to sit down with Marmolejo's wife and family and offer condolences.

"I think the Chicago police family, more than ever, needs the Chicago family," Emanuel said. "We all have to lean in on them and give them a shoulder to lean on."

Outside the 5th District Police Station where they were based, blue ribbons are tied to the trees outside in memory of the officers and some have even left flowers in front of the building as officers struggle to cope with this tragedy.
Report a correction or typo
Related topics:
chicagopullmanrosemoorashburnpolice officer killedtrain accidentperson struckchicago police department
Copyright © 2020 WLS-TV. All Rights Reserved.
RELATED 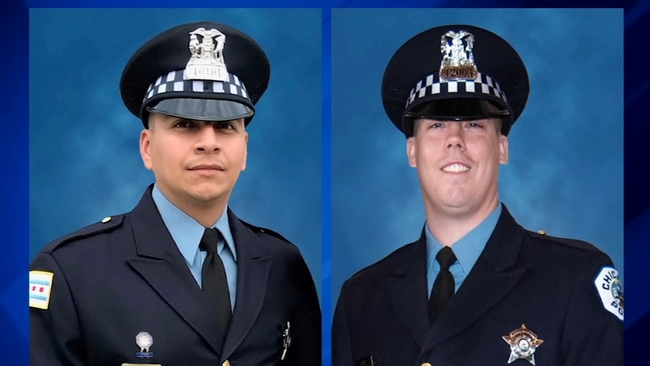 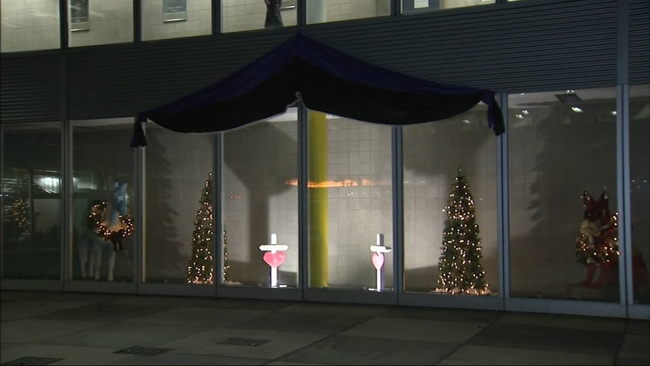 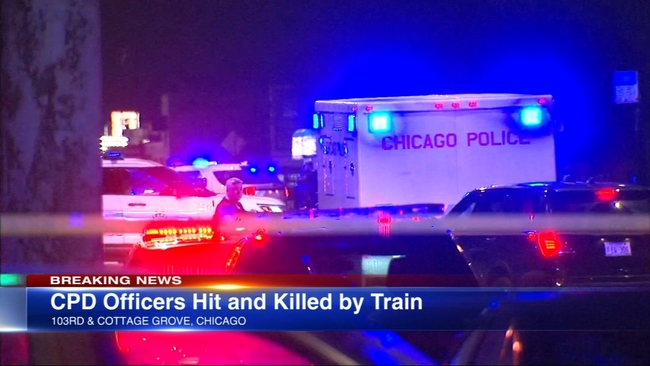