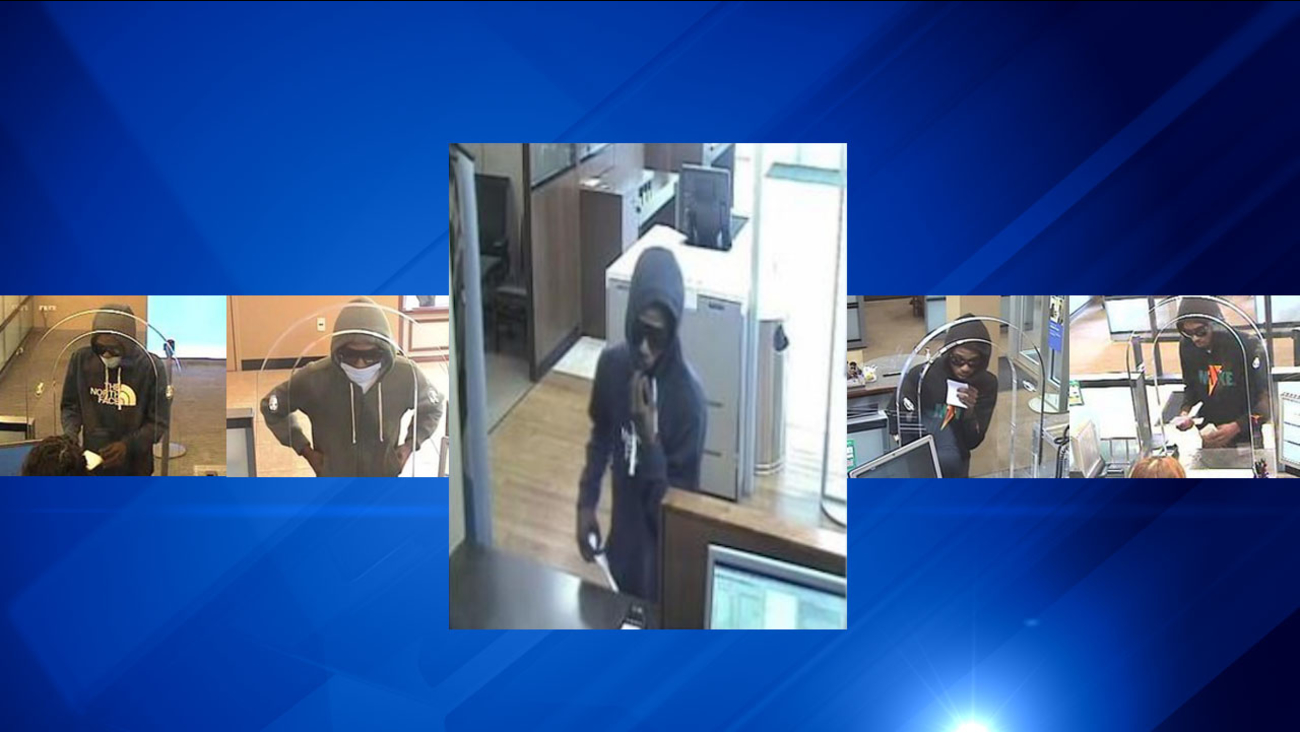 SKOKIE, Ill. -- A man who has robbed several Chase Banks in Chicago attempted to rob a branch Friday in the north suburbs.

His latest attempted heist happened about 11:35 a.m. at a Chase Bank branch at 5200 West Dempster Street in Skokie, according to the FBI. The man entered the bank and handed a note to the teller but fled without taking money after the teller responded slowly, Skokie police said.

The man did not display or imply a weapon and no one was injured during the attempted robbery, police said. He was last seen running northbound in the 5200 block of Dempster Street but was not found by police who responded to the scene.

The suspect in the attempted robbery was described as a thin African American man in his early 20s standing about 6 feet tall with a partially grown mustache and acne, police said. He was wearing large sunglasses and a navy blue hoodie with "The Northface" written in white lettering across the chest.

The man also tried to rob a Chase Bank branch on Thursday afternoon, the FBI said. He entered the bank, at 3714 N. Broadway, in the Lake View East neighborhood, at 2:47 p.m. and left empty-handed.

The FBI said the man should be considered armed and dangerous. A $1,000 reward is being offered for information leading directly to his arrest.