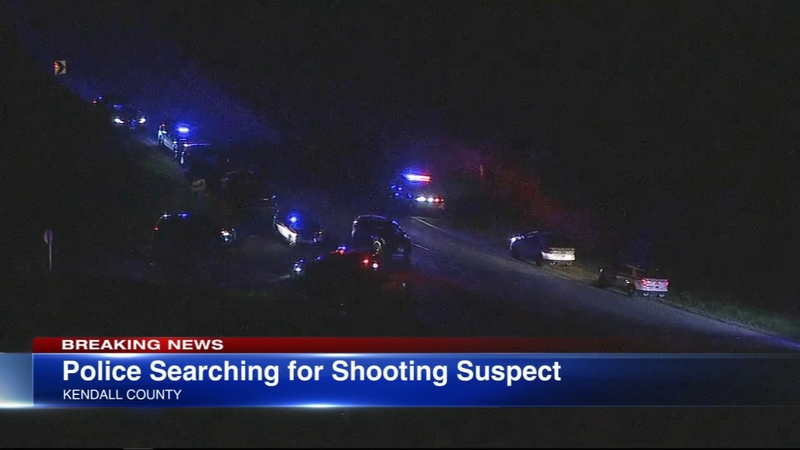 KENDALL COUNTY, Ill. (WLS) -- A manhunt is underway in Kendall County for a suspect in a shooting that happened in Canton, Illinois Thursday morning.

Canton police said a 25-year-old woman was shot by a man around 9 a.m. in the 100-block of North 3rd Street. The woman was taken to a hospital where she is being treated for her injuries.

Canton police said the suspect fled in a silver Ford Focus and crashed in Kendall County near a cornfield.

The Kendall County Sheriff's Office said its deputies responded to the crash, which the man fled. The sheriff's office is leading the manhunt with other law enforcement agencies in the area, it said.

The sheriff's office said the man was last seen heading east into a cornfield from the southern curve on Lisbon Road and Route 52. He's described as a black male wearing all black, about 5 ft. 9 in tall and 140 lbs. with dreadlocks.