Hundreds of thousands, possibly over a million, of people are expected to participate in the nationwide event called the March for Our Lives on Saturday.

CHICAGO (WLS) -- Hundreds of thousands, possibly millions, of people are expected to participate in the nationwide event called the March for Our Lives on Saturday.

An emotional service was held at the National Cathedral, a vigil for the victims of gun violence on the eve of the march.

"I'm so encouraged that so many young people have taken leadership on this issue, and ashamed that those of us who are parents and grandparents haven't done a better job of forcing this issue in Congress," said Cook County Board President Toni Preckwinkle.

A group of Chicago students from After School Matters left from O'Hare Airport Friday morning to head to Washington D.C. for the event. They will be among the hundreds of thousands of people filling a nearly mile-long stretch of Pennsylvania Avenue, listening to speakers who are all 18 and younger.

Among the speakers is Mya Middleton from the Austin neighborhood, who witnessed an armed robbery when she was 13 years old.

"I just want them to know that you are not undermined. You will be heard through my speech. I don't want my voice to just be heard. I want everyone's voices to be heard who experience gun violence," she said.

She said the suspect threatened her and warned her to keep quiet. The moment still haunts her, but she hopes tomorrow she will find solace.

"I think it'll give me more confidence and make me more stronger, because I can look out at a sea of people who know exactly what I'm going through and who share my pain," Middleton said.

Also there from Back of the Yards are Dantrell Blake and Deshon Hannah, who both survived being shot as teenagers and now counsel victims of gun violence.

"Seeing all them people doing a big movement, a positive movement, and me being part of it, it's going to really make me feel good," Blake said.

"Why I want to be part of it? Because I don't want the next generation to go through what we're going through right now," Hannah said.

"It's important to realize we're all young tonight because of you," Cupich said.

"I'm just so tired of it. I don't think we should have to live a life in fear, so that's why we're setting up to do what we're doing today," said Rie'Nna Holman.

Congressman Bobby Rush met with teens in the After School Matters program at a sign making party Thursday.

Doctors from Cook County are also in Washington, joining the call for gun reform.

"We see it as a public health crisis. In the country, there are more deaths related to gun violence today than there are to motor vehicle accidents," said Dr. Jay Shannon, CEO of Cook County Health and Hospitals system.

Students from Brighton Park also made the trek. They've spent this week preparing for the unforgettable.

"I'm very motivated to actually get my voice out, and I hope our legislators hear us," said student Lucy Sanchez.

The Brighton Park students are riding in a six-bus caravan Friday evening with other kids from Chicago. They will drive through the night and arrive in D.C. in the morning.

Hundreds of other marches and rallies are being held locally in Chicago and in the Chicago area as well. There are over 800 events planned throughout the U.S.

Many of the participants in Chicago are already familiar with the impact of gun violence.

In West Humboldt Park, more than 200 students from Rowe-Clark Math and Science Academy held their own March for Our Lives Friday afternoon along Chicago Avenue.

"Once Parkland happened it occurred to me and some other peers that violence and gun violence was everywhere, and in Chicago it's an epidemic," said Ella Carter, organizer of the march.

Senior Yanae Cross held a picture of her 7-year-old cousin, who was shot and killed.

"I just want people to know that gun violence is a serious issue. There needs to be a stop to it. And people just need to put the guns down because there's a better way to solve problems," Cross said.

The official March for Our Lives Chicago will be held in Union Park Saturday, starting at 11 a.m.

Click here to find a March for Our Lives event near you.

Preparations for the rally were underway Friday, and volunteer marshals got training and details about how to keep participants safe.

Students from different high schools came used social media to connect to each other and come together to make signs in preparation.

"Gun violence happens every day in Chicago and it's not given the same media coverage, and that frustrates me because all lives are valuable and they deserve the same recognition from the rest of our nation," said Senna Gardner, student.

While the first-graders at Hope Learning Academy, located across the street from Union Park, maybe not be participating tomorrow, their teacher helped them have a hand in the campaign. He also made the topic age appropriate for 6- and 7-year-olds.

"We're trying to teach peace and friendship and focusing on that rather than the negatives," said Rob Seiner, teacher.

The Illinois Rifle Association printed a list of the Union Park march and other rallies planned through the suburbs and the state, and is urging members to rally for gun rights at the same time as the March for Our Lives.

Marshals and volunteers at Union Park are being trained to simply get between the marchers and any protesters and not to engage, in hopes of ensuring a peaceful protest. 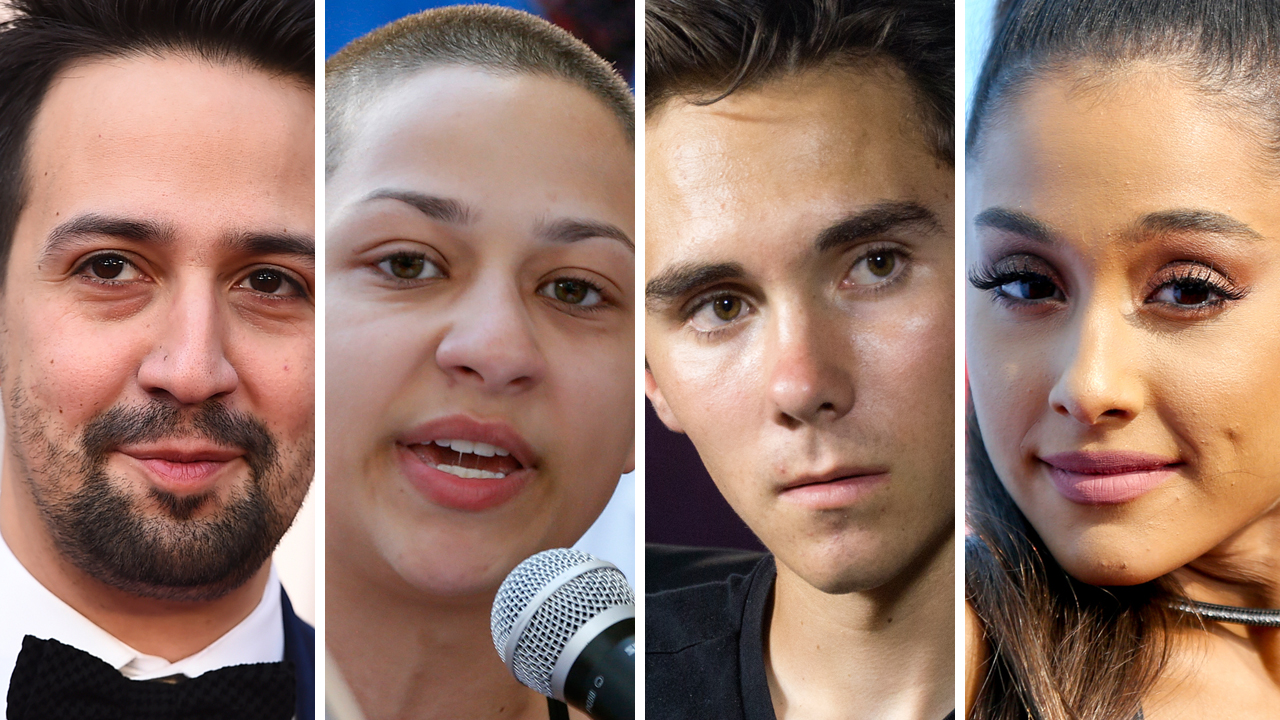 March for our Lives: The names and faces to know ahead of the demonstrations

CNN Wire contributed to this report.