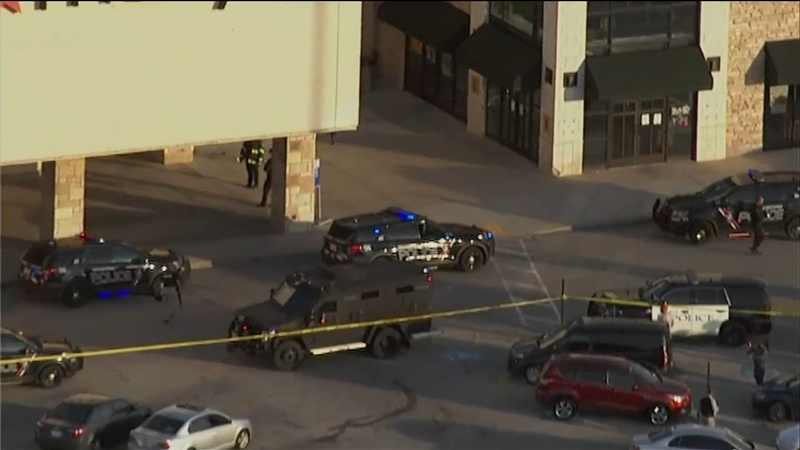 CHICAGO (WLS) -- The 15-year-old accused in the shooting at a shopping mall in Wauwatosa, Wisconsin, on Friday is being held as a juvenile in Milwaukee County, which is why we are not using his name.

Emergency crews responded to the Mayfair Mall in Wauwatosa, Wis., west of Milwaukee after reports that there was a shooting inside the mall.

Police said he opened fire on a crowd of people at Mayfair Mall and wounded eight of them. Even though he is from Milwaukee and has no apparent ties to Illinois, police arrested him 24 hours after the shooting in a car with Illinois plates.

When Wauwatosa police arrived at the mall about 3pm last Friday, they found people shot, down and wounded, and a gunman already on the loose.
Police notes reveal witnesses told police of an altercation between teenagers, one of them seen with a handgun stuck in the waist-band of his pants.

According to a newly filed Milwaukee County charge sheet, the teenager took a "shooter's stance" and began firing. Seven adults and another teenager were hit by pistol fire, numerous innocent bystanders. All have survived.

Police say the teenage attacker escaped by calling an UBER to pick him up in a store parking lot across the street and dropped him off at his family's home in Milwaukee.

As authorities scoured mall surveillance video and security camera footage from the surrounding area, there was a dragnet in lower Wisconsin looking for the then unidentified suspect.

A day later, as investigators say they identified the shooter and zeroed in on the 15 year old, they made a quick arrest.
According to new court documents, "At the time of his arrest, he was in a car with Illinois license plates, a packed bag and the Glock 9mm handgun used in the shooting."

A public records check by the I-Team turns up no connections between the teen or his family and Illinois. It is unknown how or why he was in an Illinois car or where he was going. A passenger in the car with him was also arrested with what appears to have been an interrupted plan to leave town and elude arrest.

The accused teenage shooter is being held in a Milwaukee County juvenile facility although he could end up being charged as an adult. Federal investigators are also working on the case. ATF agents tell the I-Team they have traced the original owner of the gun, the 9 millimeter Glock pistol. Federal agents are also now running standard ballistics history to see if that gun has been used in other crimes.