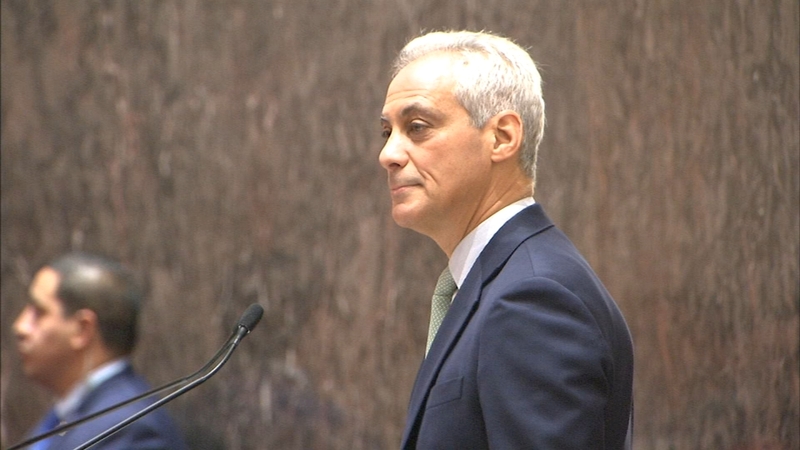 For the last four years, property taxes have gone up $550 million to pay for extra pension costs, so no new taxes fines or fees will give taxpayers a breather.

Over the last several years, tax increases have helped solve the city's $28 billion pension crisis. However, taxpayers will still be on the hook for a nearly $1 billion spike in pension payments in the coming years, and that number is growing.

In his final budget address, Emanuel - who will not run for a third term -- also took time to tout his financial accomplishments in office.

He said he steered the city back on track, cutting the structural deficit by $538 million over the last eight years, making investments in small businesses that create jobs and in emerging technology, advanced manufacturing and tourism, as well as raising the minimum wage.

Emanuel also focused on the investments he has made in Chicago youth, proposing over $77 million in spending on youth programs. The budget will also provide mentoring and summer jobs for a record number of Chicago young people.

"With this budget we will also provide mentors for an additional 600 7th grade young men, bringing our total to 7,800 students in four consecutive years, five days a week, nine months of the year," Emanuel said.

The mayor's plan also commits tens of millions of dollars to funding police to help fight the city's ongoing battle with violent crime.