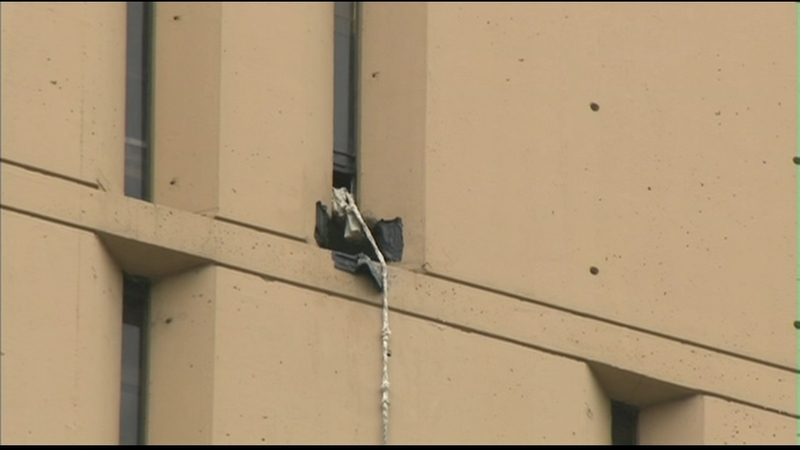 CHICAGO (WLS) -- For any jail warden, nothing is certain to cause a panic attack more than the sight of rope hanging out of a cell window.

Nearly seven years ago, that is precisely what happened at the Metropolitan Correctional Center in Chicago's Loop. Passersby saw a rope dangling from the 17th floor of the MCC.

Two daring bank robbers had escaped, and it was on warden Catherine Linaweaver's watch.

Linaweaver spoke out Thursday about one of the most brazen jailbreaks in city history, how it happened and how it changed her.

"There were some... just some breakdowns in procedures that should have been followed," Linaweaver told the I-Team in an exclusive interview from her home in Wichita, Kansas.

"What could go wrong did go wrong," she recalled.

The rappel-escape occurred on December 18, 2012, with the rope anchored to an inside pipe and wrapped around a cell bunk bed.

There actually were two "ropes" wound from bed sheets and dental floss, used by bank robbers Joseph "Jose" Banks and Kenneth Conley in their grand getaway. As Banks and Conley crafted the ropes, they hid them inside their mattresses.

After the embarrassing incident, a metro-wide manhunt and a 100-agent task force working around the clock, both men were caught. Banks was apprehended after two days on the lam but it took authorities almost three weeks to catch Conley. Neither man left the area.

"There's layers in security. Like the layers of an onion. Typically you pull one back and the other one keeps it secure," Linaweaver said. "In that particular incident, several layers came off and as a result two inmates went out a 17-story cell window."

When that escape occurred, Linaweaver had already been on the hot seat for the methods she used to prevent the escape of a major Mexican cartel drug operative who was housed at the MCC.

Prisoner Vicente Zambada-Niebla had requested the use of the exercise area located on the roof of the MCC. But authorities were concerned that Zambada, a top aide to the notorious Sinaloa cartel kingpin Joaquin "El Chapo" Guzman, would use the rooftop workout area as a ruse for a helicopter escape. The year was 2011, and Chapo was still a fugitive - with unlimited resources to free his underling.

Linaweaver, in a controversial decision, banned Zambada from the rooftop.

Linaweaver, who has since retired from the Bureau of Prisons and now works as a corrections consultant, ended up having Zambada moved to Michigan.

"We relocated the inmate to a facility where he could have outdoor rec...so it was a win, win for everyone involved," she said.