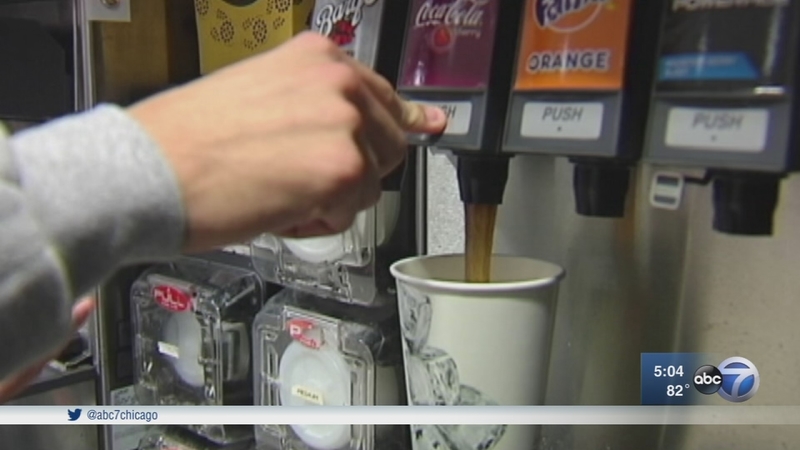 CHICAGO (WLS) -- There is a growing backlash over Cook County's tax on sugary drinks.

Another lawsuit has been filed as Cook County President Toni Preckwinkle deals with the fallout from consumers, retailers, beverage companies and even other county commissioners.

A day after Preckwinkle dropped a $17 million lawsuit against the merchants who sued the county in an effort to halt the tax on sugary drinks, there were strong words from Cook County Commissioner Richard Boykin.

"It was a retaliatory and vindictive kind of lawsuit," Boykin said.

Boykin, along with commissioners Tim Schneider and Sean Morrison, introduced legislation requiring Preckwinkle to get the county board's approval before filing a court action seeking damages over $100,000. Boykin said the action against the retailers group bordered on an abuse of power.

"Why should the executive be able to act like monarch and actually go and bind the county to a lawsuit, especially when it's done in a retaliatory manner?" Boykin said.

Boykin would not comment on claims that he is considering challenging Preckwinkle in next year's election for board president. But the backlash from the sugary tax, which took effect last week, continues. The commissioners said Wednesday they want it repealed.

"What we're doing is driving people out of Cook County," Schneider said.

In response, a spokesman for Toni Preckwinkle said we will push back hard against any effort to repeal as the revenue is essential to protecting services in critical public health and public safety functions.

And 7-Eleven can now be added to the companies sued over the sugary tax. McDonalds and Walgreens were each named in separate lawsuits. Now, 7-Eleven is accused of improperly applying the tax to coffee in Big Gulp cups.

The plaintiff is seeking a refund of the extra money and her attorney says the class action lawsuit could apply to thousands of people.

"It may seem like a small amount of money for each individual person, but 7-Eleven touts that it sells over a million cups of fresh brewed coffee a day," attorney Tom Zimmerman said.

7-Eleven has not yet responded to a request for a comment.