McHENRY, Ill. (WLS) -- A 34-year-old man died after he and his 32-year-old wife were trapped inside a Corvette that went off the road and crashed into several trees along Route 120 in northwest suburban McHenry.

Police said the 2010 Chevrolet was heading east on Route 120 before the driver lost control of the vehicle. The Corvette went off the road near Chapel Hill Road, struck several trees and came to rest in a wooded area in the 2000-block of Route 120.

First responders arrived at the scene around 6:30 p.m. Monday and pulled them out of the wreckage.

Cainen Reimann, of McHenry, was airlifted to Centrgra Hospital-McHenry, where he was pronounced dead at 7:44 p.m., the McHenry County coroner's office said. An autopsy is scheduled for Tuesday to determine cause of death.

His wife was seriously injured in the crash, police said. She was airlifted to Advocate Condell Medical Center in Libertyville. She was still in the hospital Tuesday.

Investigators said Reimann and his wife were both wearing seatbelts and that the airbags in the car deployed. Speed is believed to be a factor in the crash. 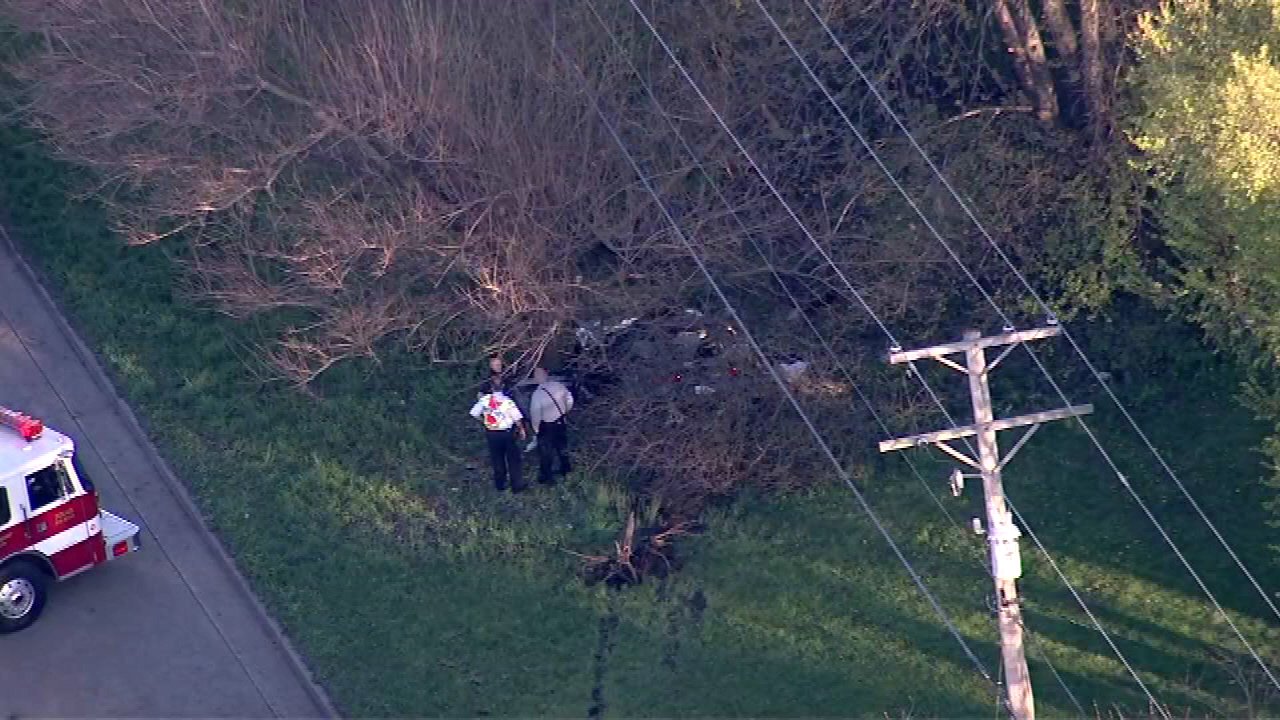