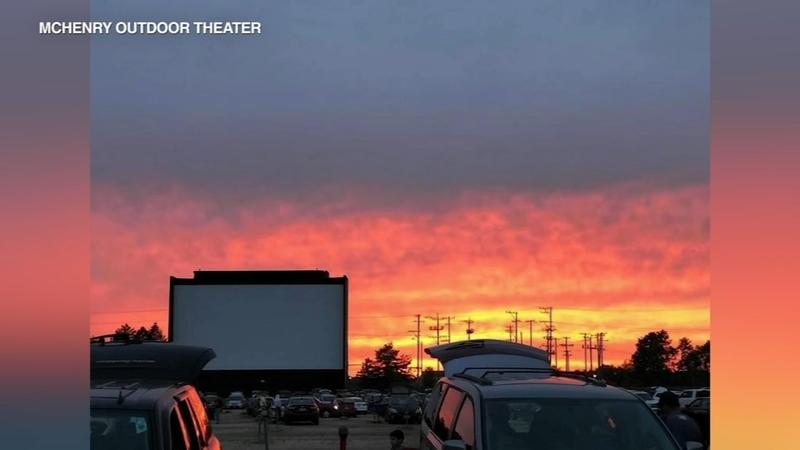 Families are expected to flock to the drive-in this weekend, where owner Scott Dehn is getting the projector ready to show "The Flintstones."

Friday night will be his theater's first movie of the year. While social distancing is keeping indoor movie theaters closed, Dehn has gotten permission to open his drive-in with a number of safety precautions.

"I've been trying to approach this is as almost a public service," Dehn said. "People need to get out and even just breathe some fresh air. Be entertained."

After extensive discussions with state and county health officials, Dehn is restricting the drive-in to 350 vehicles, less than half of his normal capacity. Those vehicles will be socially distanced and the concession stands will be closed. He will also have extensive cleaning procedures in place.

Ray Scarpelli, the owner of Ray Chevrolet in Fox Lake, decided it was such a good opportunity for people to get out, he is sponsoring the first night so everyone gets in free.

"The first night of the drive-in theater is always a big deal," Scarpelli said. "And this is even more of a big deal because it's the first one."

The drive-in is virtually the only entertainment option around right now though, so they are expecting big crowds - although those crowds will be mostly restricted to their cars and separated from each other.

"Let's let our community take a break, have a breather and get out and have some fun," Scarpelli said.

The lack of concessions and limited crowd will keep limit Dehn from making a profit, but it will keep his 15 part-time workers employed.

He's hoping to be able to expand capacity later this summer.

"The hope is to break even and to hopefully get through a season and fight another day come next year hopefully when this whole pandemic is over.

The theater is only going to be open on weekends until Memorial Day Weekend. But they'll be keeping busy through the week, too, as they host drive-in graduation ceremonies for all of the local schools up until then.