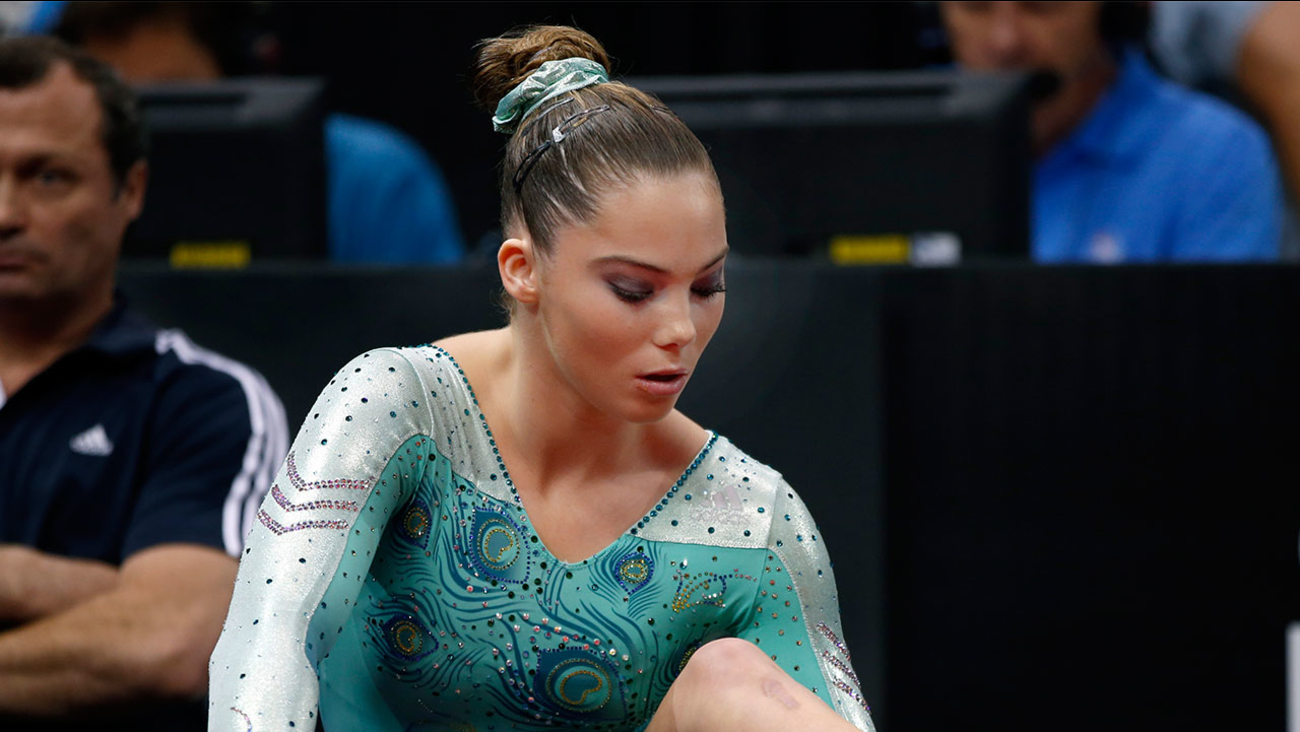 LOS ANGELES -- Olympic gold-medal-winning gymnast McKayla Maroney alleges in a lawsuit filed in Los Angeles on Wednesday that USA Gymnastics paid her to be quiet about abuse by the team's longtime doctor Larry Nassar.

MSU spokesman Jason Cody said the university does not comment on ongoing litigation. CNN is seeking comment from an attorney for Nassar and from the US Olympic Committee.

In a statement, USA Gymnastics said it learned about the suit from media reports and that "the concept of confidentiality was initiated by McKayla's attorney, not USA Gymnastics."

"USA Gymnastics cannot speak to the mediation process, which is confidential and privileged under California law," the statement said. "The process culminated in a settlement agreement that included a mutual nondisclosure clause and a mutual nondisparagement clause."

Allred told CNN Wednesday night she had no comment on the USA Gymnastics statement.

No other athletes who leveled accusations against the 54-year-old Nassar were asked or compelled to sign confidential settlement agreements, according to Stu Mollrich, a representative of the law firm behind Maroney's suit.

"In December of 2016, after suffering for years from psychological trauma of her sexual abuse at the hands of Nassar, and in need of funds to pay for psychological treatment," Maroney was forced to enter into a confidential agreement with USA Gymnastics, the lawsuit said.

"The US Olympic Committee and USA Gymnastics were well aware that the victim of child sexual abuse in California cannot be forced to sign a nondisclosure agreement as a condition of a settlement," he said in a statement. "Such agreements are illegal for very good reasons -- they silence victims and allow perpetrators to continue committing their crimes. That is exactly what happened in this case."

Dozens of women, including members of the famed gold-medal-winning "Fierce Five" team of US gymnasts, have accused Nassar of sexual misconduct in his role as the USA Gymnastics doctor.

Nassar was the team physician for the Michigan State University gymnastics and women's crew teams as well as an associate professor at MSU's College of Osteopathic Medicine. He worked at MSU from 1997 to 2016 and served as the USA Gymnastics physician through four Olympic Games.

The suit said the gymnast "was forced to agree to a nondisparagement clause and confidentiality provision" as part of the settlement that held "a six-figure liquidated damages clause over the head of McKayla Maroney and her parents."

Maroney went public in October with allegations that Nassar repeatedly molested her, starting when she was 13 years old.

On her verified Twitter account, Maroney made the accusation under the "#MeToo" hashtag, saying that Nassar abused her under the guise of providing "medically necessary treatment." That "treatment" began when she was 13, continued during her stellar performance at the 2012 London Olympics and only ended when she left the sport in 2016, Maroney said.

"It seemed whenever and wherever this man could find the chance, I was 'treated.' It happened in London before my team and I won the gold medal, and it happened before I won my silver," she wrote.

At the time, USA Gymnastics issued a statement saying that it "admires the courage of those, like McKayla Maroney, who have come forward to share their personal experiences with sexual abuse."

"Because of their strength in coming forward, predators can be held accountable for their actions. We, like so many others, are outraged and disgusted by the conduct of which Larry Nassar is accused. We are sorry that any athlete has been harmed during her or his gymnastics career."

But the lawsuit alleges the confidentiality provision was forced upon Maroney so that "USAG could further conceal and shield from public scrutiny, outside investigation, and law enforcement, the true nature of Nassar's horrific sexual abuse of minors."

The suit alleged that USAG had "a plan to keep the sexual abuse of Nassar quiet, and allow Nassar to quietly leave USAG; further silencing his victims."

Maroney entered the settlement to "obtain funds necessary to pay for lifesaving psychological treatment and care," according to the lawsuit.

Nassar was sentenced to 60 years in federal prison on child pornography charges earlier this month. In November, he pleaded guilty to seven counts of first-degree criminal sexual conduct and admitted to using his position to sexually abuse underage girls.

Three-time gold medal gymnast Aly Raisman recently spoke out about abuse at the hands of Nassar.

Raisman, now 23, said she was first treated by Nassar when she was 15.

Raisman told "60 Minutes" last month that she was angry at Nassar and the broader culture of USA Gymnastics that she said kept victims quiet for years.

In light of the sex abuse scandal, USA Gymnastics adopted a series of reforms in June that it said will help prevent and respond to future cases of abuse. All members are now required to report suspected sexual misconduct, and adults kicked out of a club will be tracked in a database.

On Wednesday, the organization said its new CEO, Kerry Perry, was "eager to speak personally with McKayla to hear her ideas on how to move the sport forward and to discuss the many safe sport enhancements that have already been implemented at USA Gymnastics."