Watch "Our America: Fifty50" on your local ABC station or wherever you stream: Fire TV, Android TV, Apple TV and Roku
WLS
By Will Jones 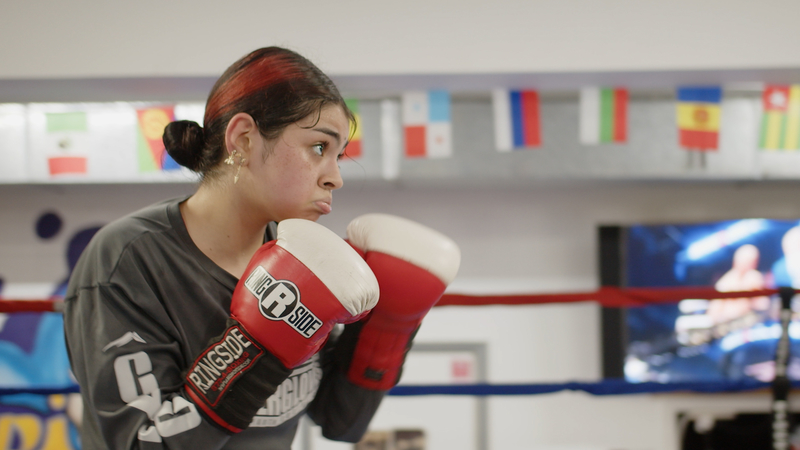 CHICAGO -- When Melissa Herrera first stepped foot into the Chicago Youth Boxing Club in October 2019, the then-13-year-old was ready to throw in the towel. But now she can't imagine life without boxing.

"Boxing is therapy for me because it's like a stress reliever," Herrera said. "When I'm having a hard day, I come to the gym. I work out, and when I leave the gym I feel so much better."

She has her sights set on competing as a boxer. Her father, David Herrera, introduced her to the sport.

"I remember the first moment I came in, I saw this young girl hitting the speeding bag. She was doing it well," she said. "[I was] like, 'That's really cool.'"

The CYBC was founded in 2006 as a refuge for young people from gang violence and drug activity in their neighborhoods. In addition to learning about the sport of boxing, the participants acquire skills and healthy habits for the rounds of life. Herrera is one of only a few girls at the club.

"Seeing her become athletic has been really rewarding to see, as someone who enjoys and wants girls and women in the sport of boxing," said CYBC coach Angelica Arroyo.

Herrera is preparing for her first match and is hoping to inspire other young women and girls to put on boxing gloves and get in the ring.

And she's making her dad proud.

"I never thought she would be as dedicated because it is tough," said David Herrera. "It is a 40-minute drive for us and she is always ready to be here."