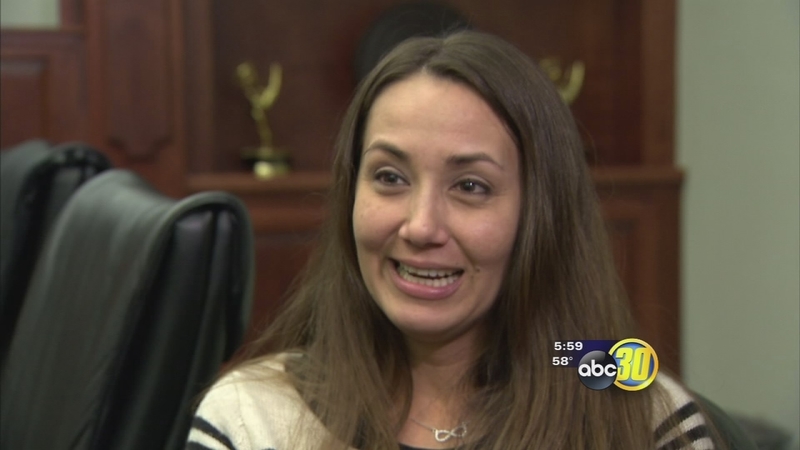 FRESNO, Calif. -- Melissa Neylon is still in shock after Indiana officials declared Tuesday that her fingerprints do not match the prints of a wanted felon.

"I'm just grateful right now," Neylon said tearfully. "For everyone who heard me."

In the last month, the mother of three went from working full-time to sitting in a jail cell and fighting to clear her name.

"The whole time we were saying it's not me," Neylon said. "It's not me, I know it's not me. And finally, something is being done."

Authorities in Inyo County, Calif., arrested Neylon after they say a live scan of her fingerprints matched Melissa Chapman, a felon wanted out of Indiana for identity theft and other crimes.

But when experts in Dearborn County, Ind., checked out the hard copies of their prints, it turned out they're not the same. In fact, Chapman died in 2013, according to her mother.

"I really felt bad for that person," Neylon's husband Shawn said. "Because she's human too. It looks like she made mistakes and tried to get her life back together and it ended way too short. But on the same token when my wife is being accused of her crimes."

The Dearborn County prosecutor says they're advising Inyo County to drop all charges.

"Our warrant is still pending for the actual woman that we're looking for, and we're going to look into this allegation that she has died," the prosecutor said. "And if she is, in fact, deceased we'll dismiss those charges based on her death, but we need to get some verification."

"We were notified, today, by authorities in Indiana that the hard card prints were not a match and the charges were dropped," Inyo County Sheriff Bill Lutze said.

Neylon says neither does she.