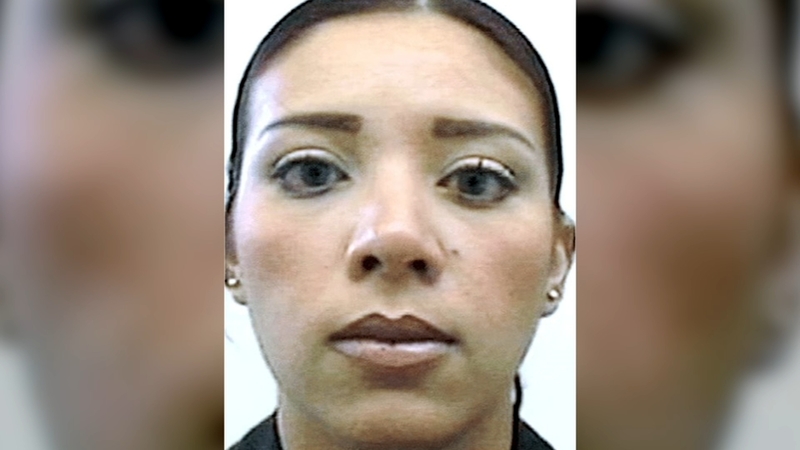 CHICAGO (WLS) -- The daughter of Chicago's most wanted drug fugitive has now joined her brother in federal custody - both siblings linked to the family's lucrative and illicit "New Generation" drug cartel.

Jessica Johanna Oseguera Gonzalez, 33, will appear at a detention hearing Monday in Washington, DC. She was arrested Wednesday at the D.C. district courthouse, after coming from Mexico to attend her brother's criminal hearing.

Gonzalez is the daughter of Nemesio Oseguera Cervantes, Chicago's unofficial public enemy No. 1, according to federal drug agents. Known as "El Mencho," the fugitive, who's believed to be hiding out in Mexico, is said to control a majority of cocaine, heroin and meth flowing into the Chicago area, federal officials said. There is currently a $10 million U.S. bounty on "El Mencho."

His son, Ruben Oseguera Gonzalez, is known as "El Menchito" and was extradited last week from Mexico to D.C., where he faces drug trafficking charges.

RELATED: 'Menchito,' son of Chicago's most wanted fugitive 'El Mencho,' extradited from Mexico to US

Ms. Gonzalez, who is sometimes referred to as "Menchita," more frequently answers to the nickname "La Negra." She is being held without bond on five counts of having financial dealings with business blacklisted by the U.S. Treasury Department because they were connected to the New Generation drug cartel, "Cartel Jalisco Nueva Generacion," or CJNG.

The businesses, all in Mexico, include two sushi restaurants, a resort, an ad agency and a tequila company.

According to the most recent Treasury Department records, Onze Black is the tequila manufacturer owned by Gonzalez and was used to launder her kinfolk's cartel drug profits, government officials said.

The arrest of Gonzalez appears to have come together quickly, with an indictment and arrest warrant both dated February 13th. Authorities took her into custody less than two weeks later, shortly after she entered the U.S. for her brother's court hearing. It is not known how federal law enforcement agents learned that she was coming to America.

In newly filed court documents, her attorney Steven McCool appears to suggest that federal agents could have moved on her last summer.

McCool, a former federal prosecutor and now one of DC's most prominent criminal defense attorneys, said that "law enforcement officers surveilled and attempted to interview Ms. Gonzalez in August 2019."

Defense attorneys are asking the government for all evidence pertaining to that in advance of Monday's bond hearing. McCool on Friday did not immediately respond to the ABC7 I-Team's messages.

Originally known as the Zeta Killers, the New Generation cartel had a bloody emergence in 2011, when authorities found 35 bodies of rival cartel members on display along a Mexico road.