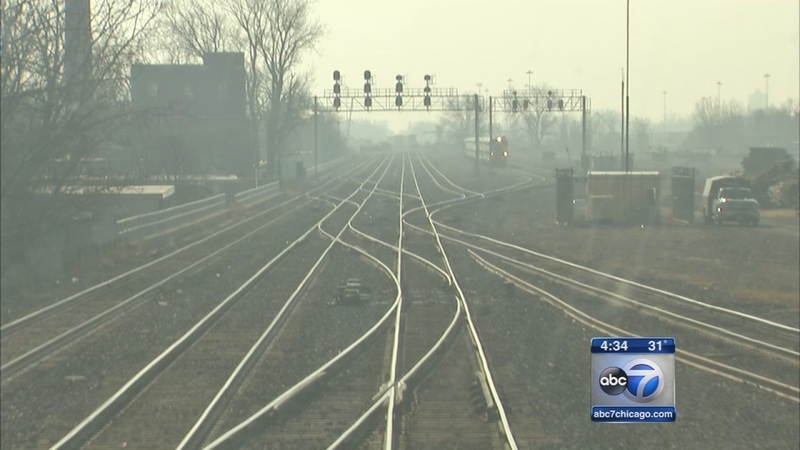 CHICAGO (WLS) -- One of the biggest railroad bottlenecks in the country is located on the city's Southwest Side. Metra needs $1 billion to fix it.

The commuter rail agency is asking for $1 billion to solve the problems in what is called the 75th Street Corridor along Metra's Southwest Service line.

It's often said that it takes more time for a freight train to get through Chicago than it does to cross half the country. The nation's busiest rail hub has many bottlenecks. One of the worst is at the 75th Street Corridor on the city's South Side. Four freight railroads use it, as does Metra's Southwest Service line, which runs 30 trains a day.

"This is one of the places where our Metra Southwest Service trains are frequently delayed," Metra Assistant Supt. Rich Oppenheim said.

Metra wants to unclog those chokepoints. On Friday, the board is expected to approve a resolution backing the effort to re-work the 75th Street Corridor. It would be one of the biggest, most expensive railroad projects ever at a cost of $1 billion.

"If we don't address the problem today to fulfill the needs of the future, we're going to fail, and I think everybody realizes that," Metra CEO Don Orseno said.

The plan would eliminate the rail junctions that now exist and replace them with flyovers at three locations. IT would also link Metra's Southwest Service to its Rock Island Line, which would take those trains into LaSalle Street and ease some of the pressure on crowded Union Station.

Freight trains are supposed to yield to passenger trains at those junctions, but it doesn't always work that way.

"When you have backups in those areas, it also backs up downstream. So it affects not only at those locations , but at other locations," Orseno said.

"The fact we have the Englewood Flyover is very encouraging," Oppenheim said.

The opening of the Englewood Flyover just two months ago is already paying dividends. Winning that federal money took years, as will getting the money for the 75th Street Corridor.