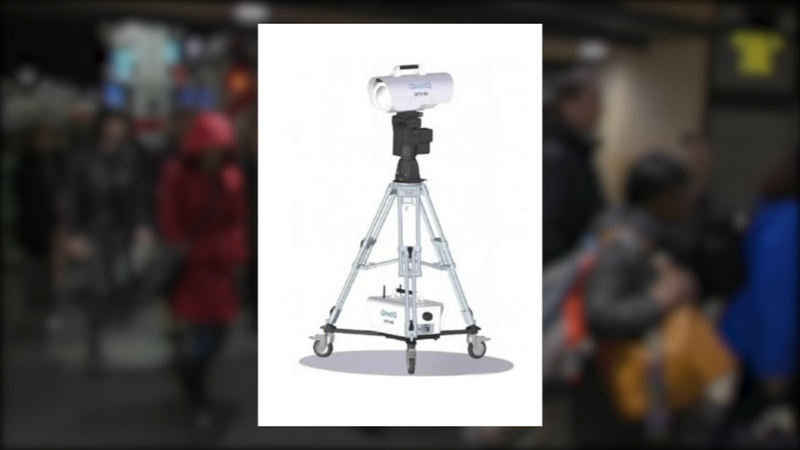 CHICAGO (WLS) -- When Metra riders pass through the Ogilvie station Thursday morning, they may cross paths with a device that's designed to detect potential threats hidden under clothing, such as bomb vests or guns.

The Transportation Security Administration has been loaning the heat scanners out to transit agencies across the country.

Metra said they're sampling the technology. The devices were already used at Metra Electric stations on Tuesday and Wednesday morning.

"It's passive," said Metra spokeswoman Meg Thomas-Reile. "It does not emit anything and we're not recording anything."

Thomas-Reile said they're testing the technology to "see if it works for our transit system."

"Unfortunately, we live in a world where it's proven time and time again that safety is not to be taken for granted," Thomas-Reile said.

The American Civil Liberties Union has concerns about the devices and questions about whether there will be guidelines as to who can be scanned.

Many Metra riders said if the scanners can improve safety, then they don't mind the devices.

"I think that my only concern would be how they implement it," said Metra rider Allison Carr. "But other than that, I don't think it's a bad idea necessarily."

"If somebody is planning on doing something, I would rather err on the side of safety as opposed to privacy," said Metra rider Tim Flores.

Metra said the devices are expensive and would be a significant investment.