Michael Jackson Tribute Festival of the Arts underway in Gary 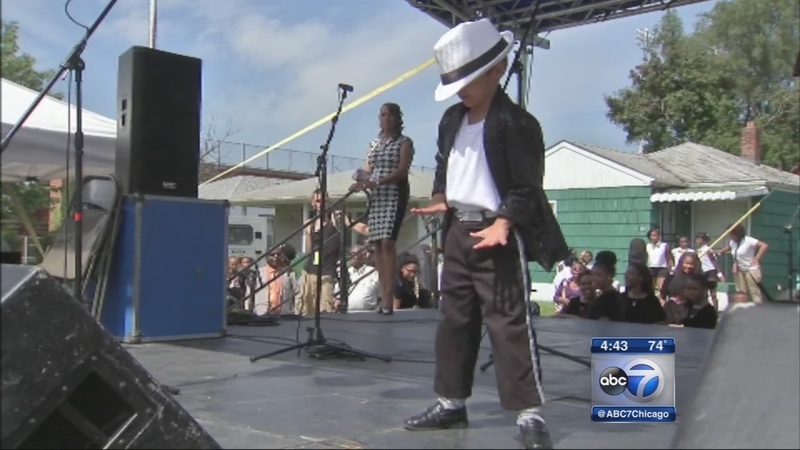 The Michael Jackson Tribute Festival of the Arts kicked off Thursday at Jackson's birth home in Gary.

Willie Osborn, 7, says he loves everything about the "King of Pop."

"I just love Michael Jackson so much because of all of his dance moves," said Osborn.

The young dancer is one of several artists performing as hundreds of faithful fans flocked to Gary to celebrate the star's legacy.

"Coming back to this house is very emotional for me, extremely emotional. Yeah, but I'm enjoying myself," said Rebbie Jackson, Michael Jackson's sister.

It's happening at the first-ever Michael Jackson Tribute Festival of the Arts.

"We're hoping that this builds onto something that will be an annual event, sort of like a tourist attraction, so to speak, sort of like Graceland," said Sharon Chambers, event promoter.

While previous celebrations have been a block party around Jackson's boyhood home, this year's festival at 2300 Jackson Street focused on the pop star's August 29 birthday.

"Since Michael passed, fans have been coming from all over the world to see the house where Michael Jackson was born. So, I knew I had to do something then," said Katherine Jackson, Michael Jackson's mother.

This year's event, spearheaded and paid for by Jackson's mother Katherine Jackson, will have another purpose - to give something back to the people of Gary.

"This is an example to show that, to really see the community come together," said Karen Freeman-Wilson, Gary Mayor.

As a part of the three-day festival, non for profit Fuller Center Build will give away several renovated homes to deserving families in an effort to bring the block to some splendor. John Pippins is a recipient.

The event is the fifth of its kind in Gary since Jackson died in 2009, when the "King of Pop" was 50. Many here say as long as his music remains, he lives on.

"I'm proud, it makes me proud to say I'm from Gary, and I'm from a place where such an artist - a pop king - came from," said Dinah Lynn Biggs, Gary resident and local radio personality.

The festival runs through Saturday and includes music, performances, and food at Jackson's home at 2300 Jackson Street and Roosevelt High School at 730 West 25th Avenue in Gary.

On Sunday, the city will host its Michael Jackson Tribute.