The North American bison is the official national mammal of the United States, according to legislation signed by President Barack Obama on Monday.

The recognition will elevate the stature of the bison to that of the bald eagle, long the national emblem, and bring greater attention to ongoing recovery efforts of the species, according to supporters of the legislation.

Millions of bison once roamed the Great Plains. About 500,000 now live in the U.S. but most of those have been cross-bred with cattle, and are semi-domesticated. Only about 20,000 are considered wild.

In the Chicago area, a growing bison herd lives at the Midewin National Tallgrass Prairie, located near Elwood about 50 miles southwest of Chicago. The herd arrived at Midewin last fall to help restore the landscape.

Fermilab in west suburban Batavia also has a bison herd of 18 on its property.

Lawmakers spearheading the effort say the once nearly extinct icon deserves the elevated stature because of its economic and cultural significance in the nation's history. 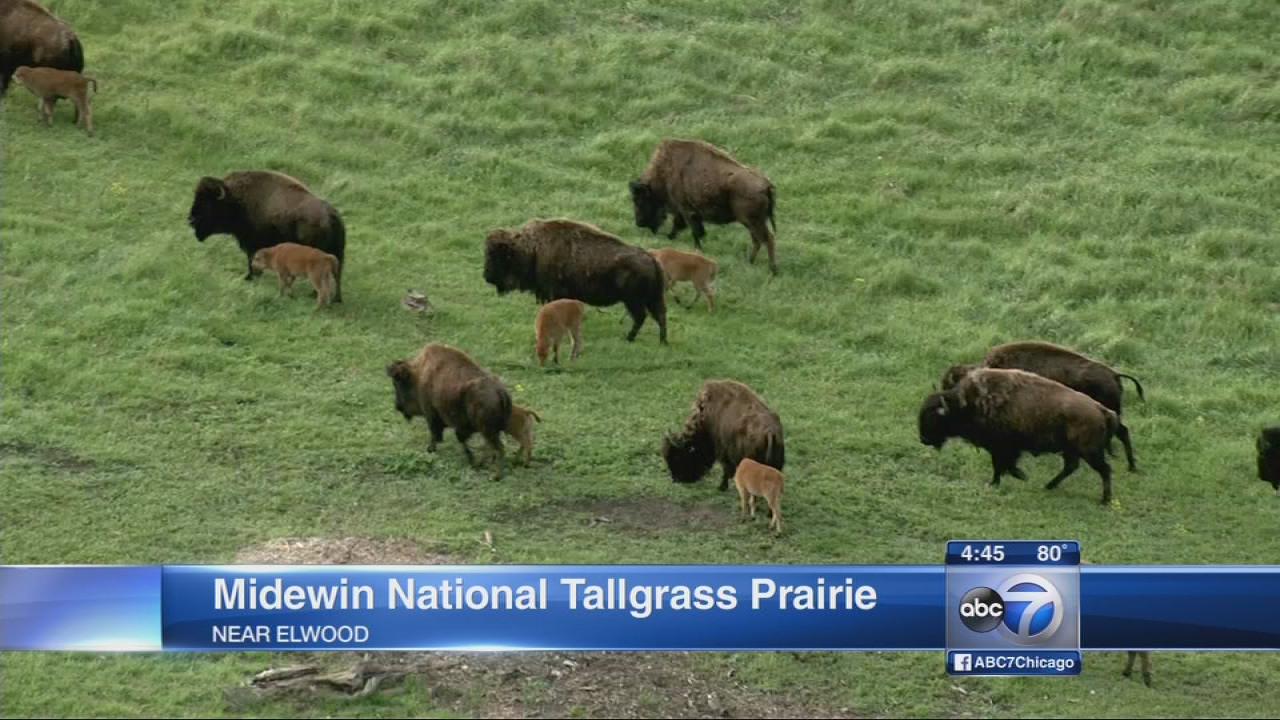