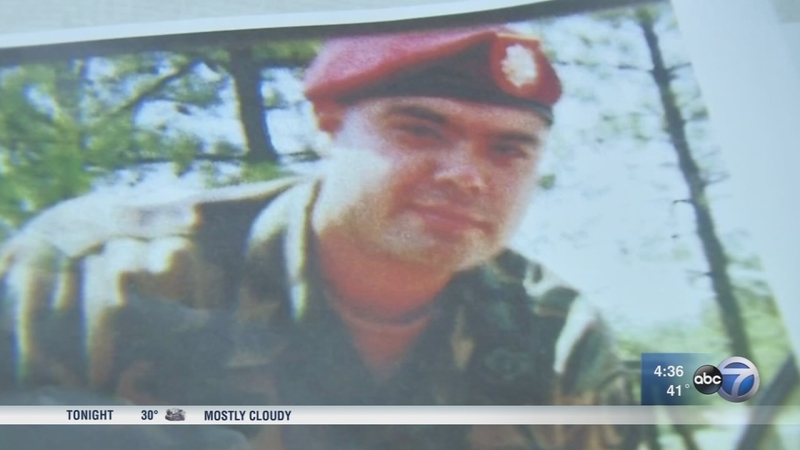 Deportation imminent for veteran who served 2 tours in Afghanistan

CHICAGO (WLS) -- An Army veteran who served in Afghanistan is now being deported after he was denied U.S. citizenship.

Miguel Perez Jr. is being deported because, years ago, he pleaded guilty and served 7.5 years in prison for a non-violent drug charge. But his family and U.S. Senator Tammy Duckworth say he earned the opportunity to remain in the United States when he vowed to defend the country.

Esperanza and Miguel Perez know their legal fight to keep their son in the United States is possibly over. The federal government is deporting the 39-year-old U.S. Army veteran on Friday, sending Perez back to Mexico - a country he has not lived in since he was 8.

Perez came to the United States in the 1980s illegally with his parents. While he thought signing up for the Army and serving two tours of Afghanistan would make him a U.S. citizen, it did not. Perez returned from war with PTSD.

"We looked for help for him, but nobody helped him at the time," his mother said.

Without proper VA care, Perez self-medicated with drugs, which eventually resulted in a drug conviction. He pleaded guilty. After serving almost eight years in prison, ICE immediately took Perez into custody. After he exhausted almost all legal avenues, ICE moved to deport Perez without allowing his parents to give him clothes, money or medication. Perez' father calls the U.S. government "barbaric."

"Mi hijo, my son went to defend both Democrats and Republicans, rich and poor. Soldiers don't discriminate against anyone, they defend everyone," his father said.

Senator Duckworth sent an urgent letter to the Secretary of Homeland Security Friday asking the Trump administration to stay Perez' deportation and review his case. Perez' lawyer says if there is any case to review, it's that of a veteran who served two tours of war.

"I don't see any argument about you come back damaged from a war and do something bad, get no break or mercy, it makes no sense," said Chris Bergin, Perez' attorney.