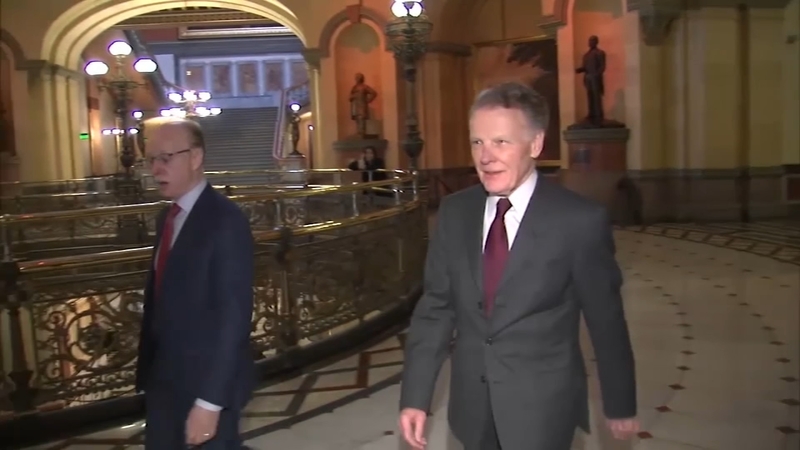 The report is being sent to the members of the Illinois House and it investigated three key instances of sexual harassment. It appears Madigan allies were cleared in two of them but in the third it found Madigan's former chief of staff did violate policies.

In that case, the report found that Tim Mapes did engage in discourteous and inappropriate comments regarding Clerk Sharri Garrett, who accused him of sexual harassment and bullying.

In a statement, Mapes apologized, "If my demeanor or approach to my job did not instill trust and a healthy work environment, I apologize. I truly did my best, no matter the shortcomings that are now ascribed to me, and I always acted in good faith and for the benefit of the people of the State of Illinois."

Madigan requested the investigation last year after several complaints had been made during the heat of the #MeToo movement. The 202 page report, conducted by former federal prosecutor Maggie Hickey, looked at instances involving State Representative Lou Lang, who was cleared of any violations involving a consultant.

The report did not find Mapes or State Representative Bob Rita engaged in any wrongdoing towards State Represented Kelly Cassidy, who felt pressured by them to quit a side job with the Cook County Sheriff's Department.

Cassidy said she was not surprised by the findings.

"My goal in coming forward with us to make the behavior stop and I was successful in that goal, further I had hoped to make the environment safer for others to come forward and that happened too," Cassidy said.

Ann Williams was one of nine female state representatives in an Advisory Group that selected Maggie Hickey to conduct the investigation.

"I think regardless of what we do with regard to policies and procedures, we have to keep moving forward in terms of improving the culture, so we can pass all the laws implement all the policies. But if the culture doesn't change we're not going to get where we need to go," Hickey said.

In a letter, Madigan wrote, "I take responsibility for not doing enough to prevent these issues in my office.... Based on Ms. Hickey's recommendations and best practices, we will take additional steps to address concerns raised in the report."

Madigan is credited in the report with ushering in many changes to deal with workplace harassment, discrimination and the overall culture in the Capital.