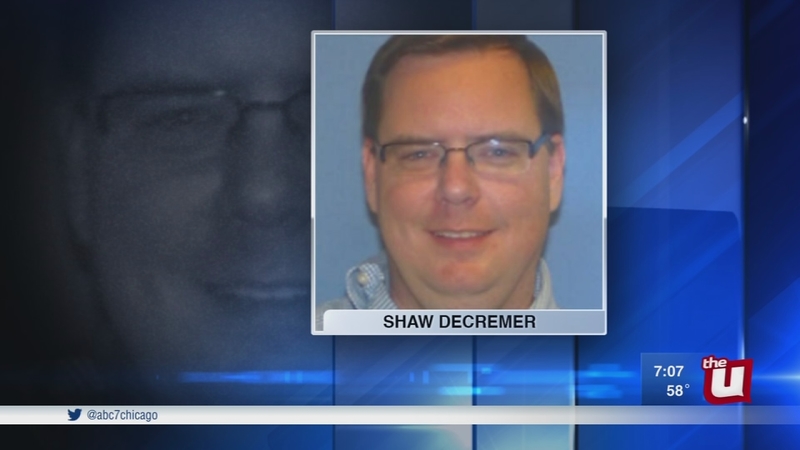 CHICAGO (WLS) -- House Speaker Mike Madigan has cut ties with a lobbyist and top campaign worker for what he calls "inappropriate behavior" during the 2016 election.

Shaw Decremer, 43, was a top lieutenant for Madigan and ran petition operations for the Democratic Party, according to a source.

In an statement Monday, Madigan said: "Last week I was advised of inappropriate behavior by a volunteer toward a candidate and staff during the 2016 election. I quickly made sure the individual had no participation in any activities my committees are involved in. I offered to refer the matter to outside counsel and that offer was declined. The complainant and I met with the individual and the complainant assured me that the situation had been appropriately resolved. The individual will no longer be involved with any activities of my political committees. I reaffirm my commitment to change the culture. I do not tolerate inappropriate behavior or abuse of any kind and remain committed to ensuring all individuals can do their work without fear of harassment, abuse, or retaliation."

Decremer's disassociation from any campaigns comes less than a week after another Madigan lieutenant Kevin Quinn was fired for repeated inappropriate text messages with a female staffer he supervised.

Hampton also said she believes Quinn was fired the day before she went public in a preemptive strike by Madigan. She also criticized Madigan's attorney Heather Wier Vaught, his former legislative ethics officer, for taking three months to investigate her complaint. When asked if she believed there was a cover-up, she said "yes."
On Friday, Madigan sent a letter to the House Democratic Caucus letting them know where they could report incidents. Curiously, among many options it includes Vaught's name, despite concerns raised by Hampton, her attorneys and others about the need for outside investigators.

In the letter Madigan wrote: "We haven't done enough. I take responsibility for that. I would never condone, sweep under the rug or refuse to take any step to ensure we did not eradicate any behavior of this kind....we must, and will, do better moving forward."

Last week, Hampton said there were other women who worked in Madigan's legislative office who had come forward with complaints.

ABC 7 has now learned from a source that two women complained that the same man sexually harassed them, and that Vaught handled the investigation into their complaints.