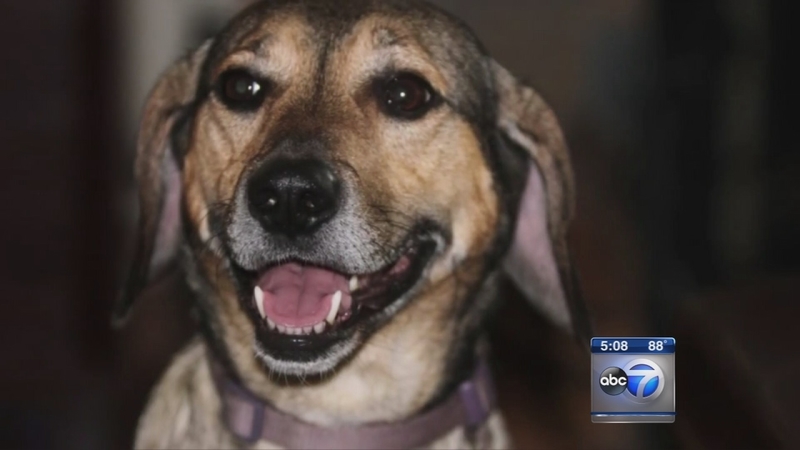 PALATINE, Ill. (WLS) -- A suburban family's dog went missing while they vacationed at Disneyland, and now they're suing the Palatine pet-sitting company that was watching their dogs.

Todd Caponi says their four-year-old dog, Digger, disappeared last August while in the care of the boarding facility Baxter & Beasley.

While away at Disneyland, the family put their three dogs in the care of a boarding facility that they had previously used. Instead, the family has spent the past year desperately searching for their beloved dog.

"He is a part of our family. We love him. We pray for his safety that he is returned to us every single night," said Caponi, the dog's human. "As we were walking into Disneyland, the phone rang and it was the boarding facility calling to tell us that they had lost him."

Caponi says he was told Digger attacked a worker and took off.

"They had told me a story about how it happened, which we've found to be untrue - that he had gone kind of crazy and bit a handler and then turned around. He is a 45-pound German Shepherd Beagle and turned around and jumped an eight-foot fence so fast that they couldn't stop him," said Caponi.

While away on vacation, the Caponis did what they could to find their dog, who was microchipped.

"As soon as we got back home, we went into search mode. There was no sleep, walking through forest preserves, following up on leads," said Caponi.

The suit says the facility even removed posted signs and flyers in the community regarding Digger's disappearance.

"A big part of the reason that we are doing this is to further the laws to help other people that might be in a similar situation," said Caponi.

ABC7 reached out to Baxter & Beasley about the lawsuit and were told, "No comment."