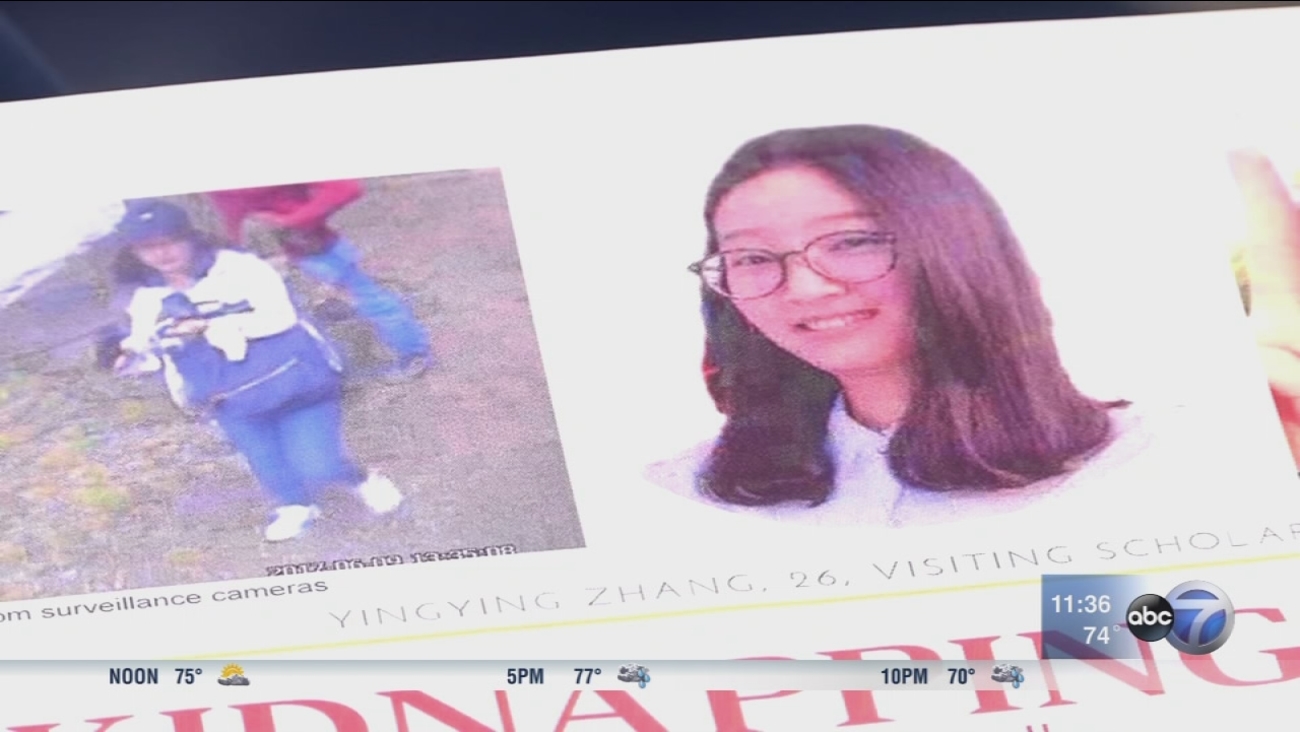 It?s been almost two weeks since anyone has seen or heard from Yingying Zhang, the Chinese U of I student whose disappearance is being investigated as a kidnapping. (WLS)

CHAMPAIGN, Ill. (WLS) -- Relatives of a missing Chinese woman studying at the University of Illinois say they won't leave the country without her as the reward in the case rose to $50,000.

Family members of 26-year-old Yingying Zhang spoke Friday, pleading with the public for any information that might help find her. A Champaign man has been indicted on kidnapping charges in Zhang's disappearance and the FBI has said they believe Zhang is dead.

Zhang's boyfriend, Xiaolin Hou, said the family holds out hope that Zhang survived until she is found. The (Champaign) News-Gazette reports Hou said they "want to bring her home."

Family members spoke at a news conference where it was announced that the reward in Zhang's case has been increased from $40,000 to $50,000. It's the largest reward in Champaign County Crime Stoppers history.