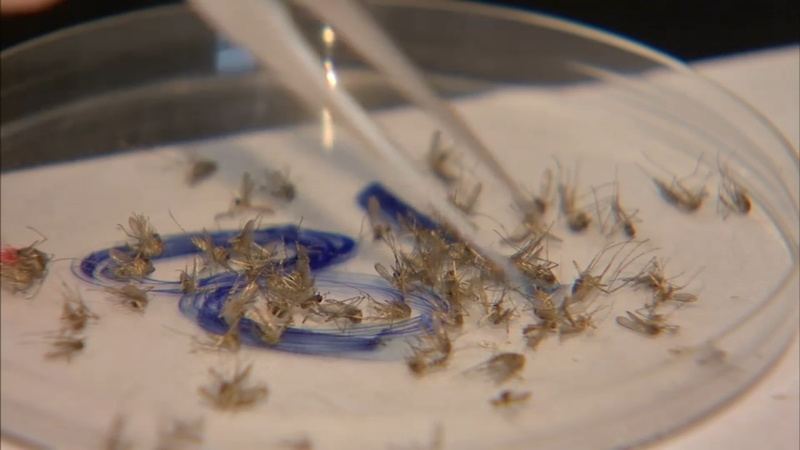 NORTHFIELD, Ill. (WLS) -- You're not imagining it - the mosquito population has exploded in the Chicago area.

"They are not really implicated in transmitting West Nile or creating any sort of West Nile virus epidemic," said Northshore Mosquito Abatement District Executive Director Mark Clifton. "They really are just more of a nuisance, they can vector dog heartworm, so it is important the dogs take their heartworm medication, but in terms of human illness they are just more annoying than anything."

The population spike is thanks to the rain and warm weather in early September. Warm, damp weather is the ideal conditions to promote mosquito breeding.

"We had a tremendous rain that tends to fill low lying depressions, field and forest areas," Clifton said. "And there is an egg bank that is sort of saved up over the years and those mosquitoes will emerge - the eggs remain viable for some years - then you will have a large brood of mosquitoes that will migrate out into people's communities."

The abatement district's red trucks have been spraying to knock down the mosquito population after an increase in resident complaints. Trapped mosquitos are tested for their virus-carrying properties.