Mom who went to classes with quadriplegic son gets honorary MBA 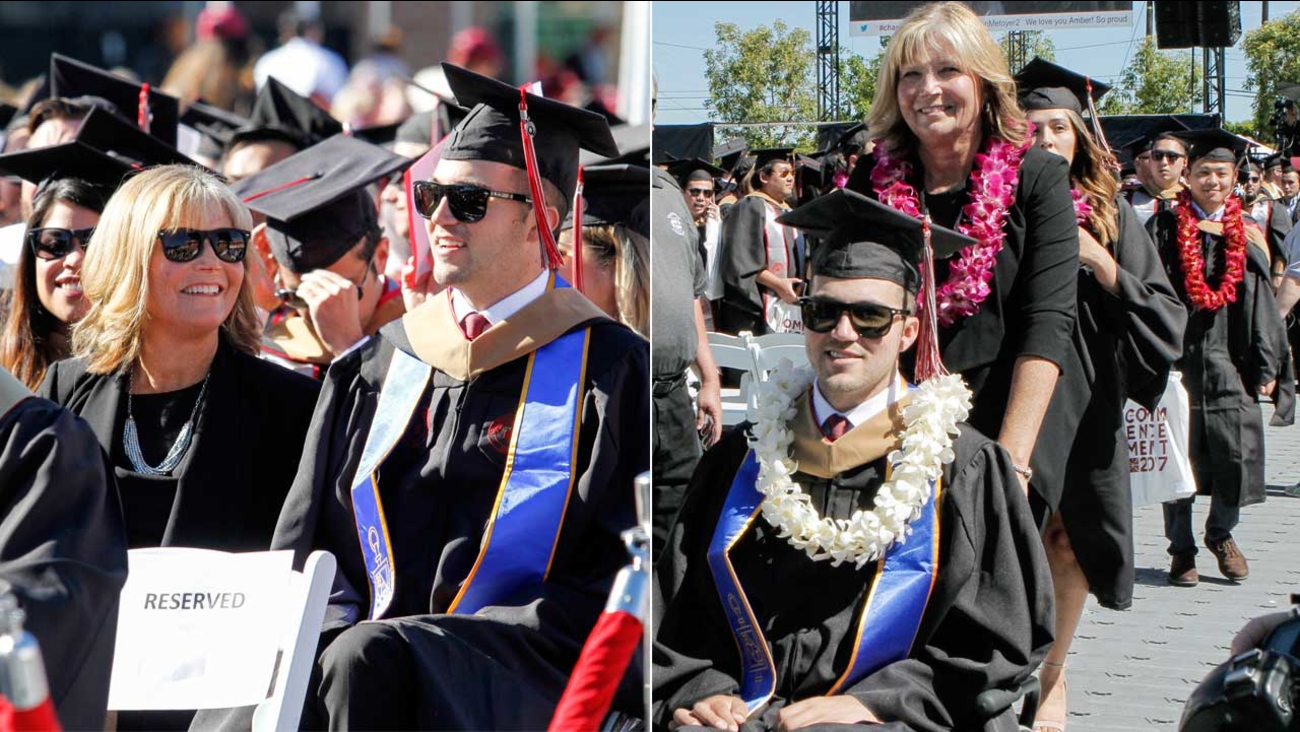 ORANGE, Calif. -- An Orange County mother received an honorary degree from Chapman University after she attended every class with her quadriplegic son and took notes while he pursued his Master of Business Administration.

Judy O'Connor, a retired elementary-school teacher, pushed her son Marty in his wheelchair for him to receive his degree during graduation ceremony on Saturday.

Then, a choked-up graduation announcer said the school's faculty, administrators and board of trustees had decided to give her an MBA. The idea for the surprise honorary degree came from her son.

Stunned but composed, she blew a kiss to the crowd giving her a standing ovation.

"I'm a geek. I love being in school," she said before the ceremony. "I'm not going to lie. I've enjoyed every minute of it."

Her son received an undergraduate degree from the University of Colorado and was working as a salesman for a packaging company in 2012 when he fell down a flight of stairs and was paralyzed.

His mother was living in Florida but moved to Orange to help her son earn his MBA.

He uses an iPad, laptop, voice-recognition software and a special mouth stylus to communicate but could not take notes or write the answers to tests. So his mother did.