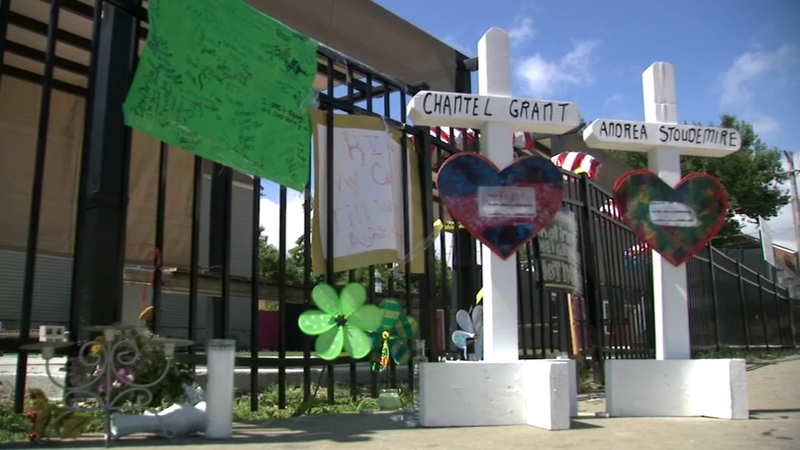 CHICAGO (WLS) -- The deaths of two women who worked as peacekeepers on Chicago's South Side have renewed residents' commitment to stopping violence and improving their neighborhood.

Chantell Grant, 26, and Andrea Stoudemire, 36, were both mothers of four children who worked with other moms to stem violence in the Englewood neighborhood with the group Mothers Against Senseless Killings, or MASK.

Tamar Manasseh, who founded MASK, is proud of the work she has done over the last several years to make the corner of 75th and Stewart a safe haven and a way to change the perception of Englewood.

"This is not a bad place with good things in it," she said. "It's a good place where bad things happen far too often. But that can be changed."

Pastor Donovan Price brought crosses to the site in memory of the women.

"It's very sad," he said. "They were standing as representatives of all mothers."

"This neighborhood is a desert," said Johnny Banks of Wayside Chapel. "The biggest business is the liquor store across the street, and that's where all the problems emanate from."

Four years ago, in response to another shooting there, MASK took over the corner, holding activities like barbeques every day of the summer. And they said they are not going to back down now.

"We have to find some way after this to turn it back into a place people live instead of where they die," Manasseh said.