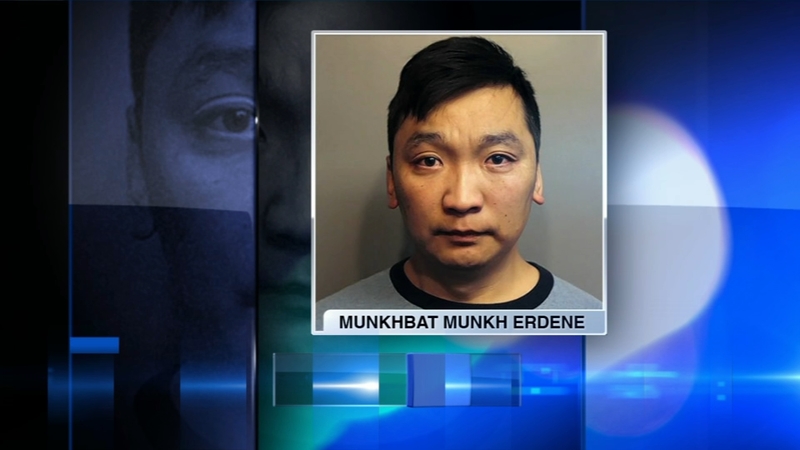 MOUNT PROSPECT, Ill. (WLS) -- A Rolling Meadows man is facing felony charges after an Illinois Department of Transportation contractor was struck and killed while working on the side of the road Sunday.

A driver ran over cones that were in place to close the lane of eastbound Golf Road. They were supposed to make it safe for the landscaping crew contracted by IDOT to do their work, but it didn't stop the driver of a minivan from crashing into a sign and hitting two workers.

The medical examiner's office identified the victim as 67-year-old Roberto Orozco. A second worker was also struck and taken to a local hospital for treatment.

Munkhbat Munkh Erdene is charged with reckless homicide and aggravated DUI in the fatal crash.